I have a Samsung TV (S95B QD-OLD), which includes the ability to wirelessly cast from Apple iOS (Apple AirPlay), Google Android (Samsung SmartThings) and popular apps such as Netflix and YouTube.

Unfortunately, it does not have native support for Google Chromecast, instead requiring a third-party dongle.

This rarely causes an issue. However, the Meta Quest 1/2 and Meta Quest Pro, can only wirelessly cast to the native Meta Quest App or Google Chromecast.

Therefore, officially, a third-party dongle would be required to cast to a Samsung TV, allowing others in the room to view the virtual reality session.

Thankfully, if you have an Apple iPhone or iPad, there is a software workaround.

With the iPhone/iPad in landscape orientation, you should now see the virtual reality session appear on the Samsung TV. Quality and latency are not perfect but do improve over time, assuming you have a fast/stable Wi-Fi connection.

The photo below shows my son playing Beat Saber over Christmas. 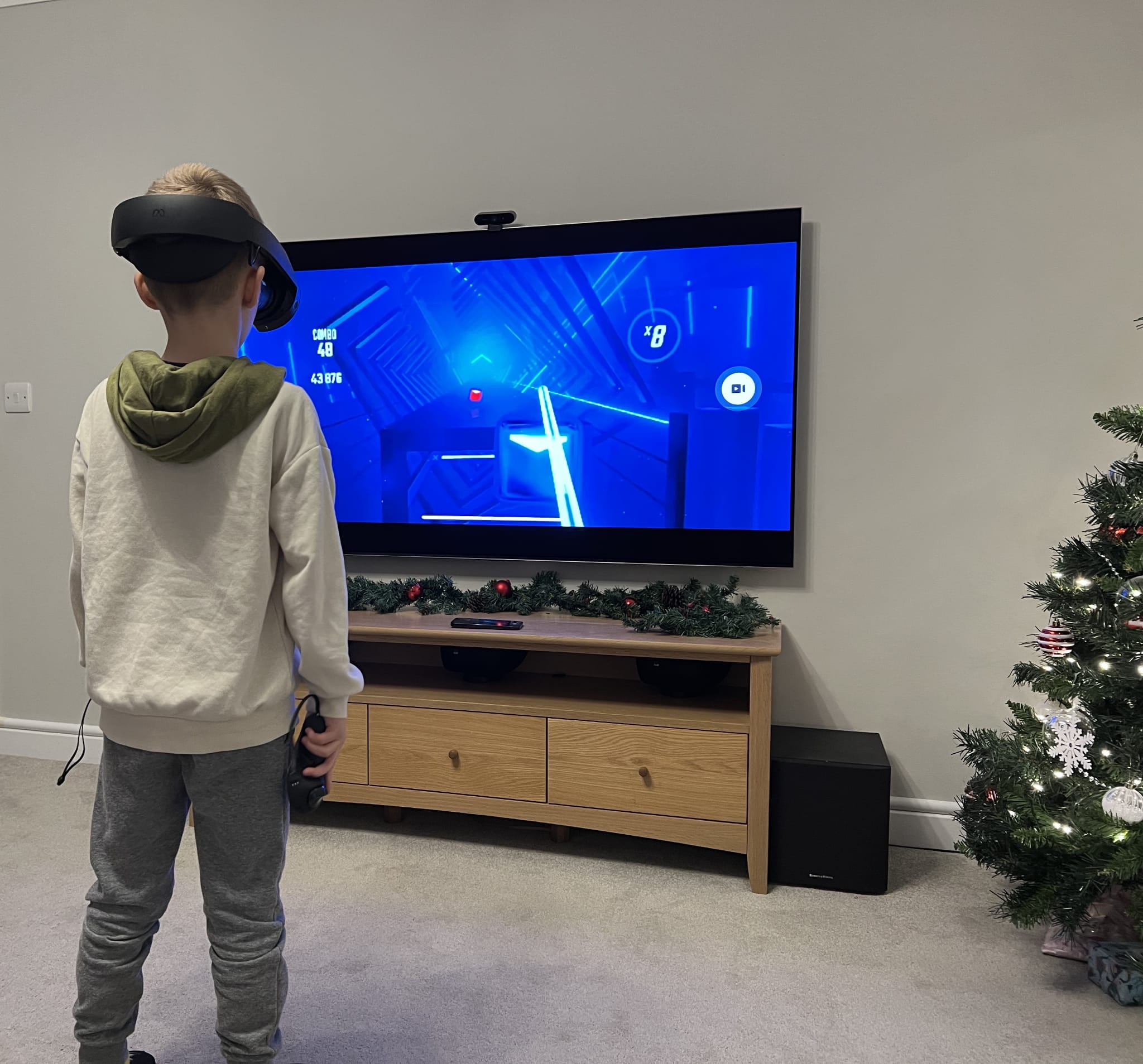 You can see my iPhone in front of the TV, being used as a casting proxy.