In January 2020, Framework Computer (which for brevity, I will simply reference as Framework) announced its intent to produce a laptop that respected the consumer’s right to repair and upgrade.

Framework believes they can reset this perspective, delivering a modern, performant, desirable, and cost-effective laptop, with a modular design that encourages home servicing and incremental upgrades.

Like many across the technology industry, I was excited by this prospect, which is pro-consumer and environmentally friendly.

For example, the world produces more than fifty million tons of e-waste per year. On average, that is 6kg per person, per year. This horrific statistic is a direct result of the monolithic, anti-environmental stance taken by companies such as Apple, etc.

Don’t get me wrong, I use (and love) Apple products, but I also recognise the need to change, which will only happen if consumers take a stand and support companies like Framework.

Proposed government legislation, such as the right to repair, would also help, forcing manufacturers to provide the practical means for consumers to repair their devices.

In July 2021, Framework shipped its first product, the Framework Laptop, to the US and Canada. This was followed by the UK launch in December 2021.

Last month, I received my Framework Laptop, which included the following specification:

I selected the “DIY Edition”, which allows you to customise your order, shipped as components for home assembly.

My selected specification is the highest performance available from Framework, costing a total of £2,093.00 (including the £49 USB-C power adapter).

The price to performance ratio is acceptable, certainly not the cheapest for the specification, but competitive with other premium laptop manufacturers (e.g. Dell, HP, Lenovo, etc.)

However, the “magic” of the Framework Laptop is not the price or performance, it is the promise of a highly modular laptop that can be serviced/upgraded incrementally over time.

Outlined below are my initial thoughts, covering the unboxing and building of the Framework Laptop. I plan to publish a follow-up article, covering the usage, etc.

Inside the main box was the laptop itself. Even with the “DIY Edition”, the mainboard, display, keyboard, touchpad and battery were already installed.

However, these components are sold separately via the Framework Marketplace. 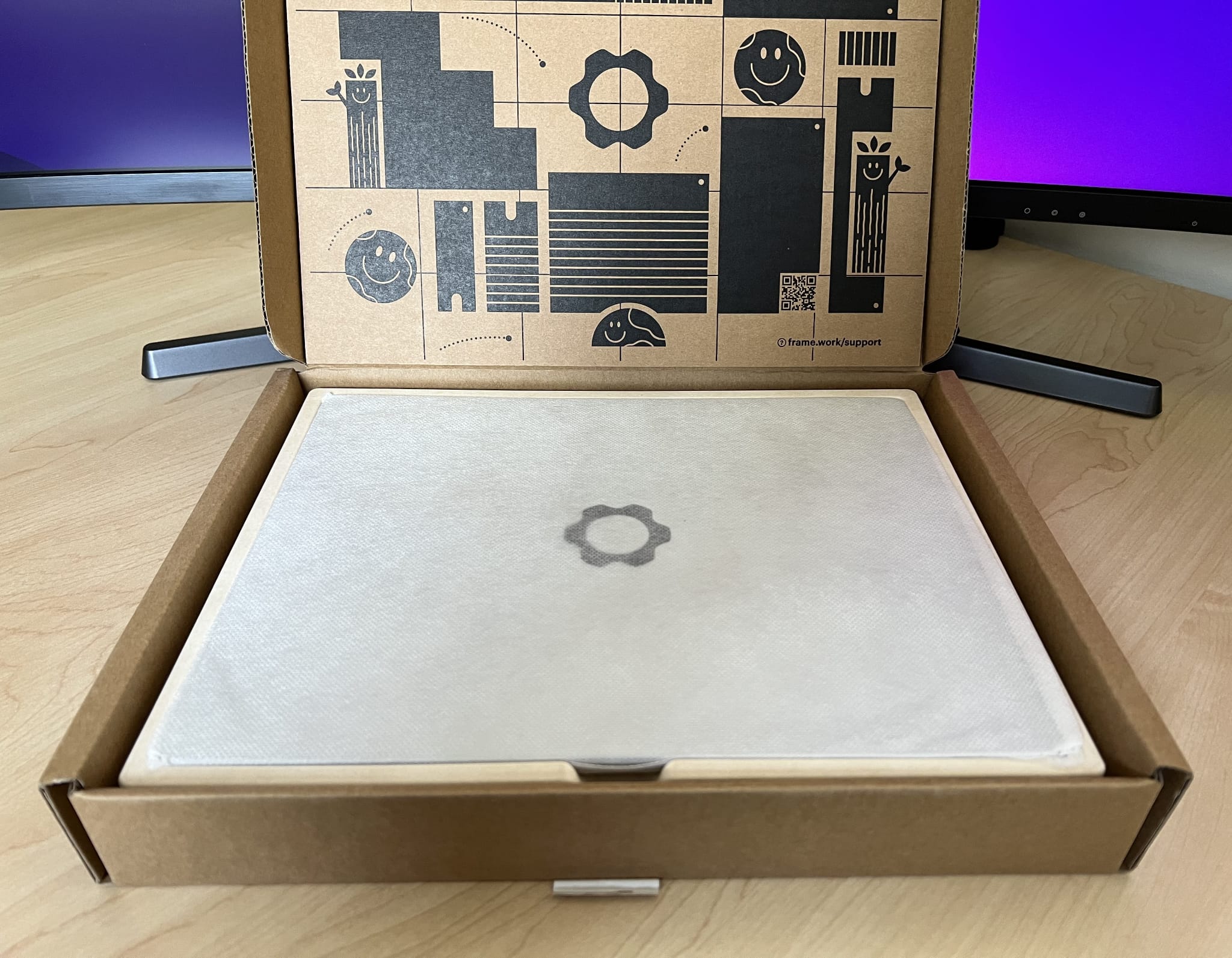 The Framework Screwdriver is a combination spudger and screwdriver that comes with a magnetically attached T5/PH0 double-sided bit. 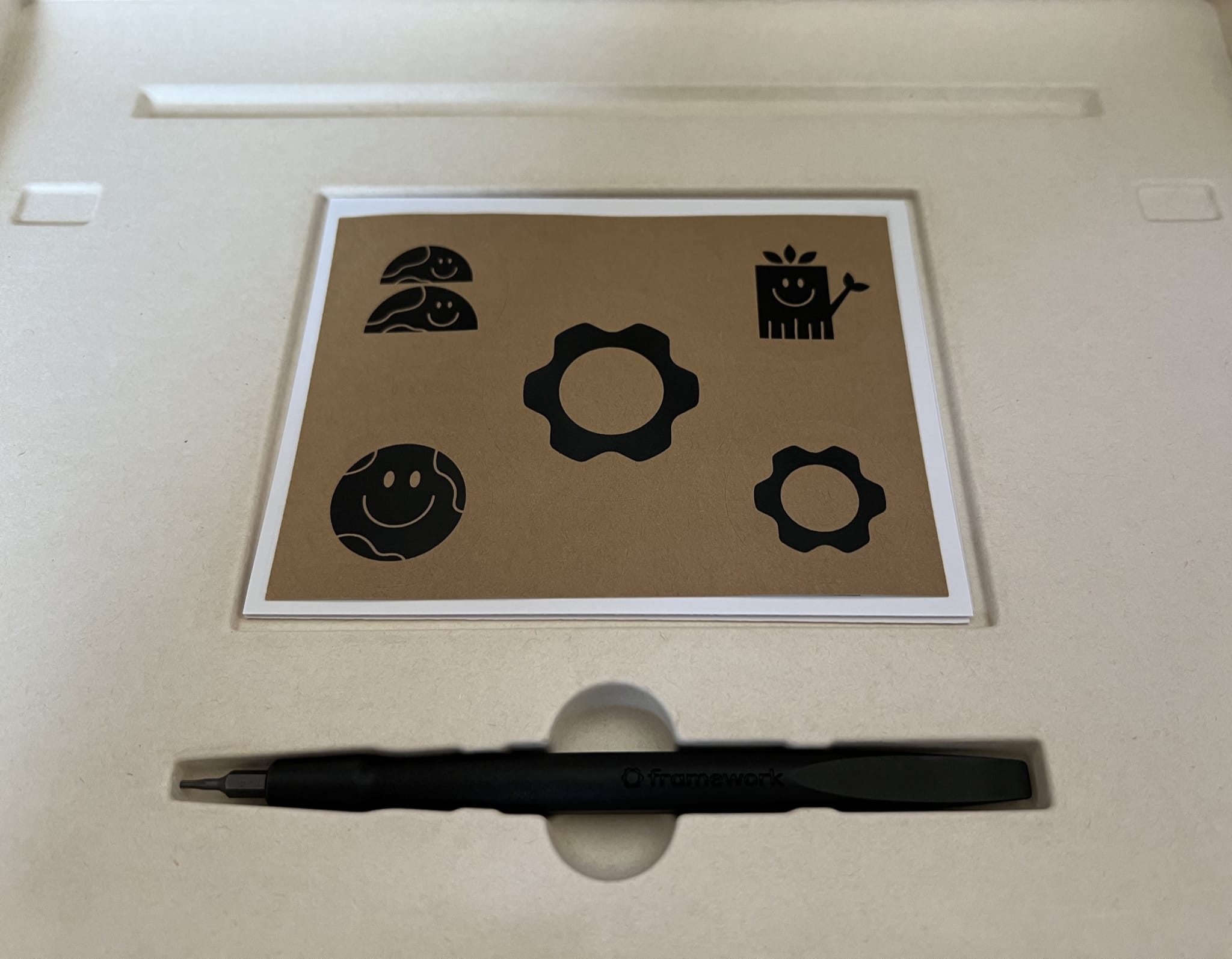 The second box contained my custom configured components, specifically the Memory, Storage and Expansion Cards. It would appear this is a standard box, with empty compartments for additional components.

The Framework Laptop itself includes a 13.5-inch display, with a 3:2 aspect ratio. The exterior build quality is good, comparable to a mid-range PC laptop, although not quite achieving the same level of refinement as an Apple MacBook or a Dell XPS.

Although this reads like a criticism, the build quality is perfectly acceptable, acknowledging that Framework was founded in 2020, compared to the long heritage of manufacturers such as Apple (1976), Dell (1984), and HP (1939). 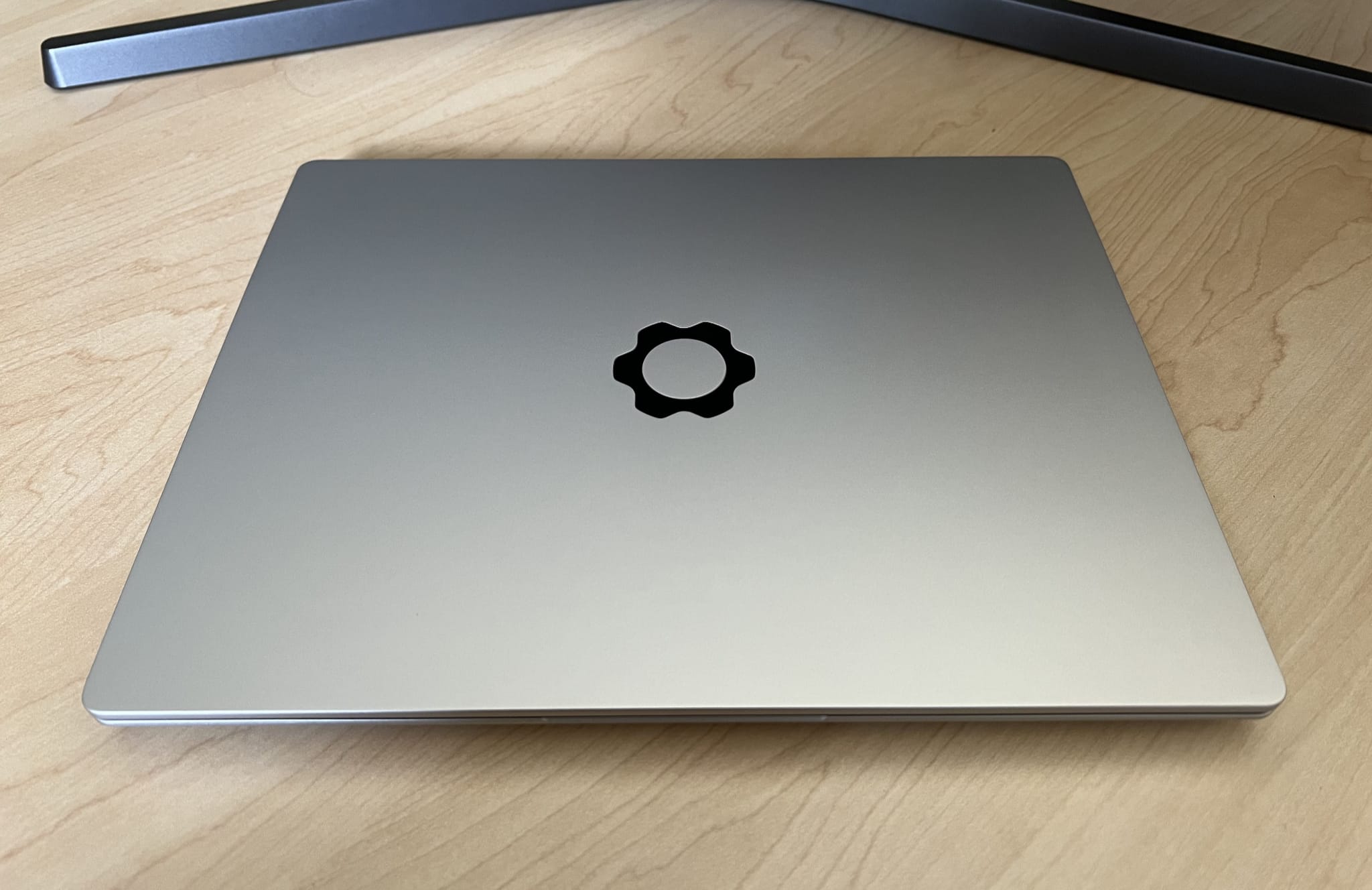 The keyboard and touchpad are both great! The keyboard delivers excellent travel and responsiveness. The touchpad is a buttonless design (not haptic/static) providing a large surface area similar to a Dell XPS 13. 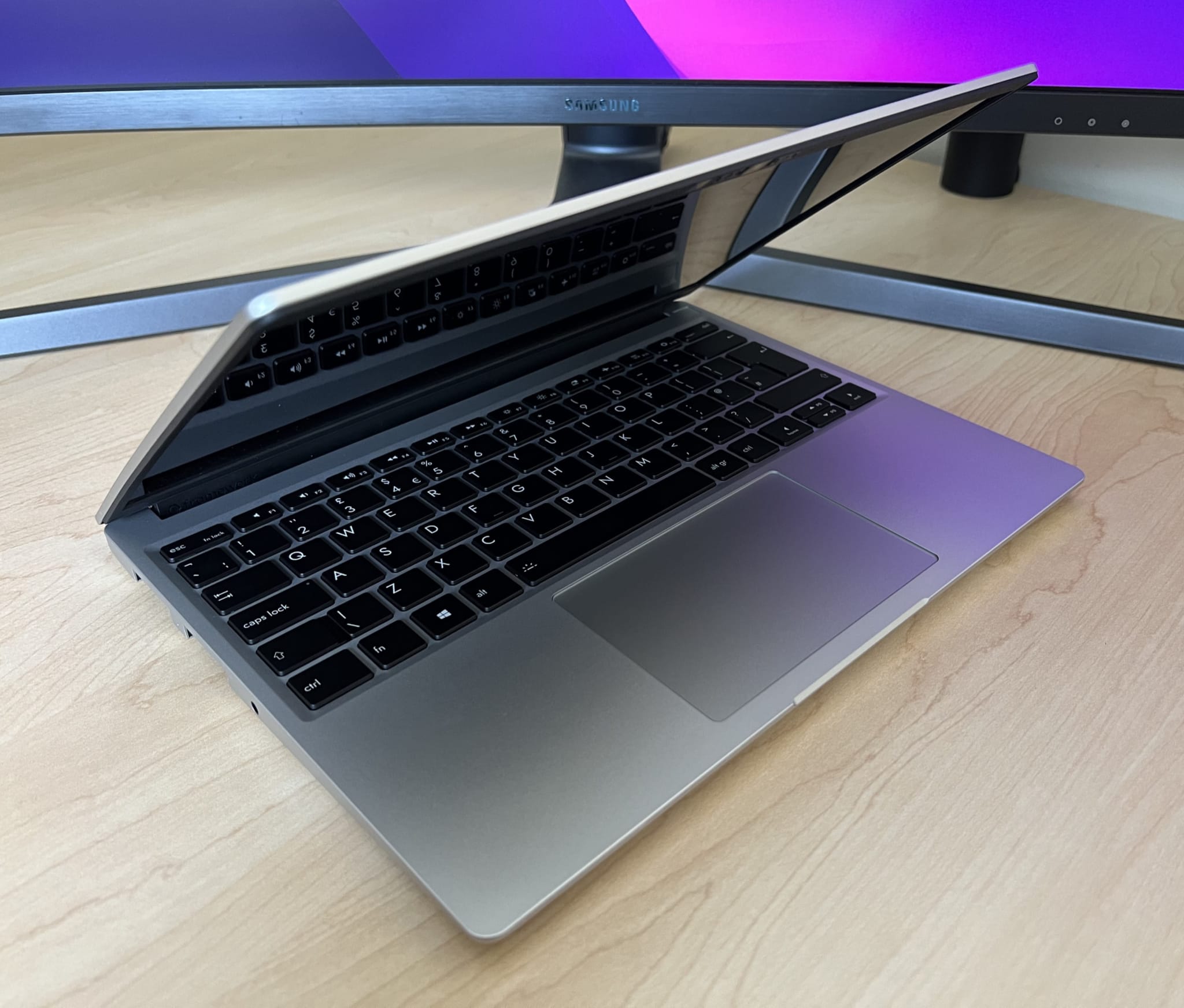 The only brand awareness on the inside of the laptop is the Framework logo/text on the display hinge, which is tastefully debossed. 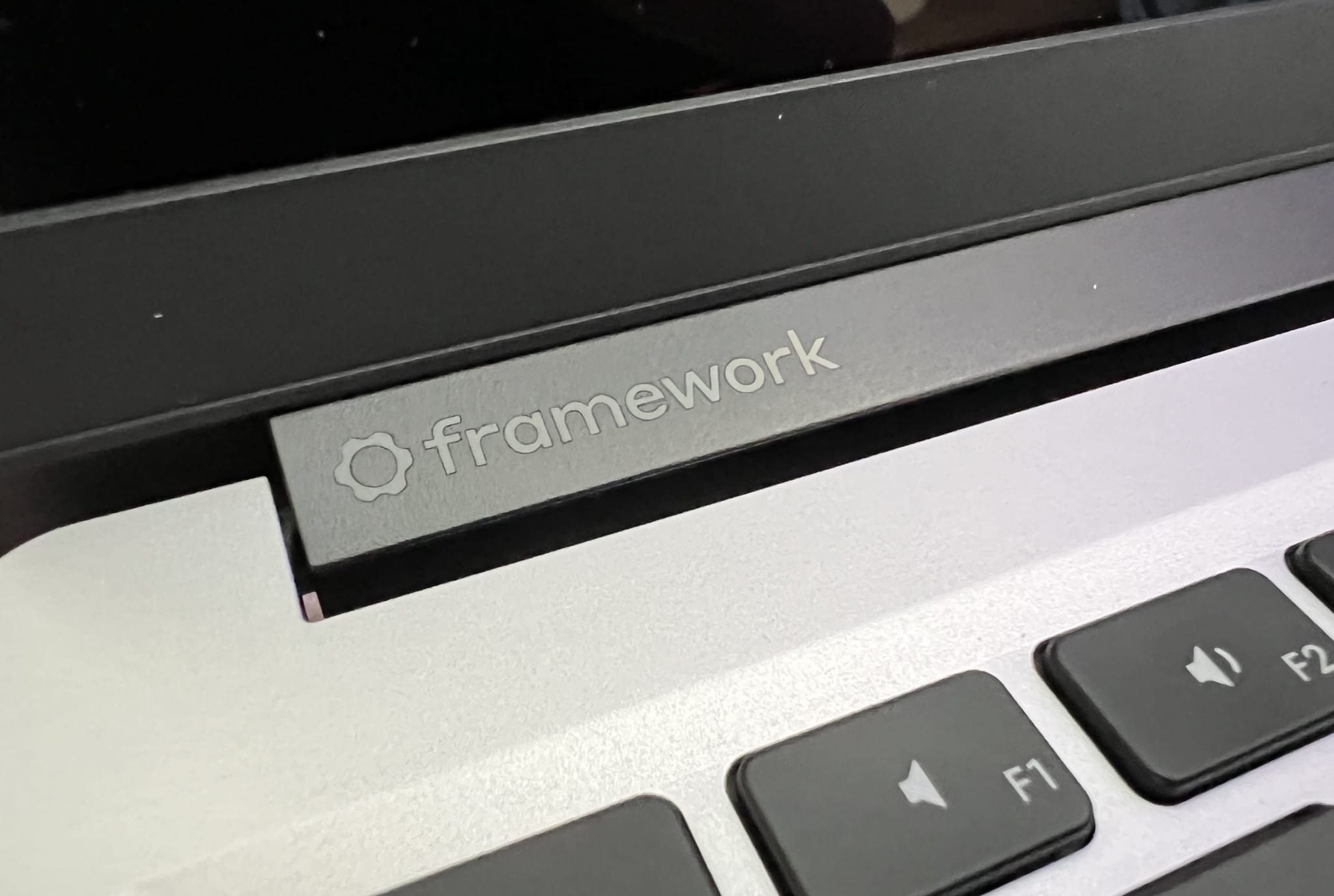 A wider view of the keyboard and touchpad highlights the standard QWERTY layout in UK format. 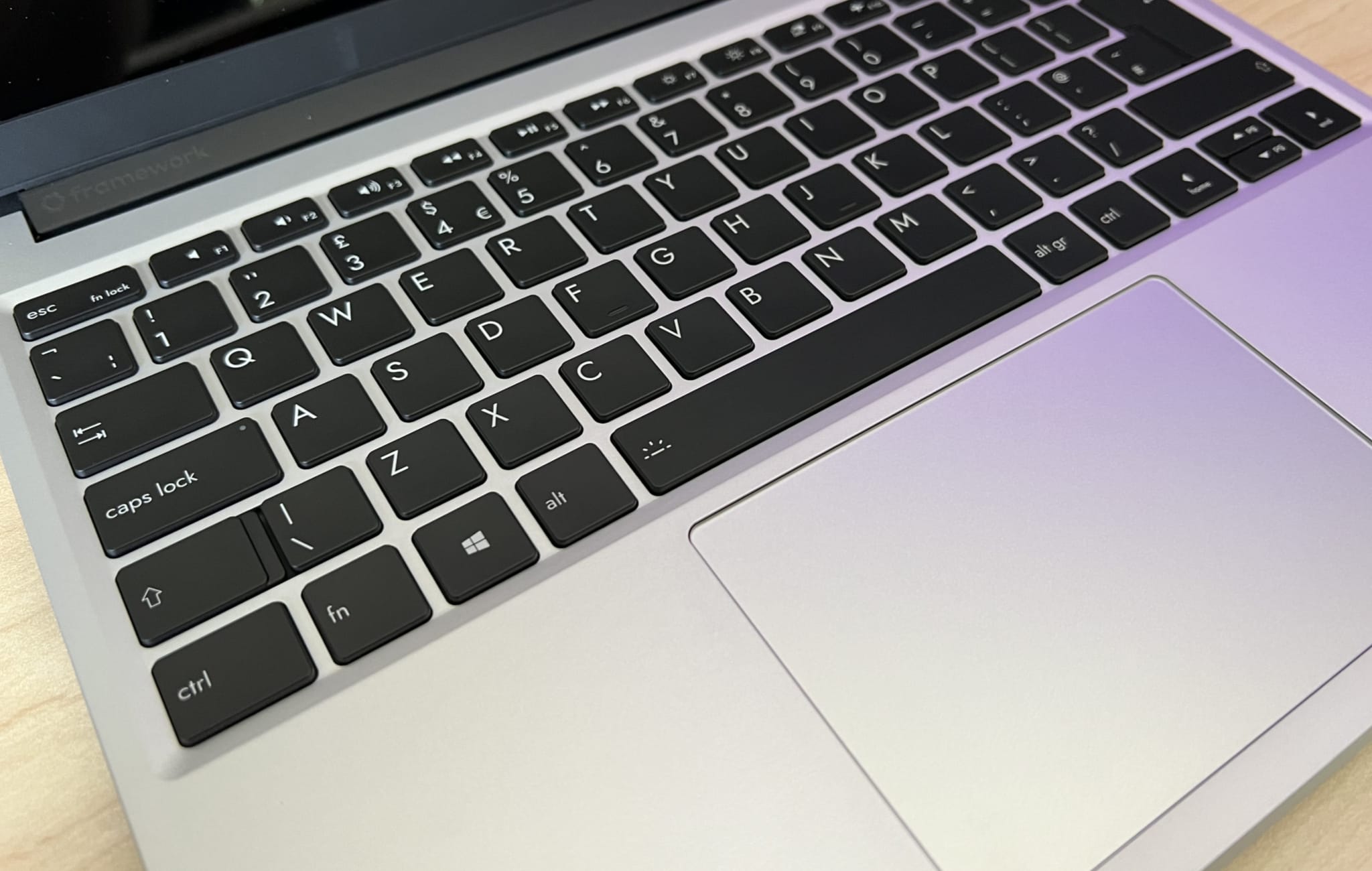 The official Framework power adapter is rated at 60W, with a detachable power and USB-C cable. The power brick is very compact thanks to the use of gallium nitride (GaN). 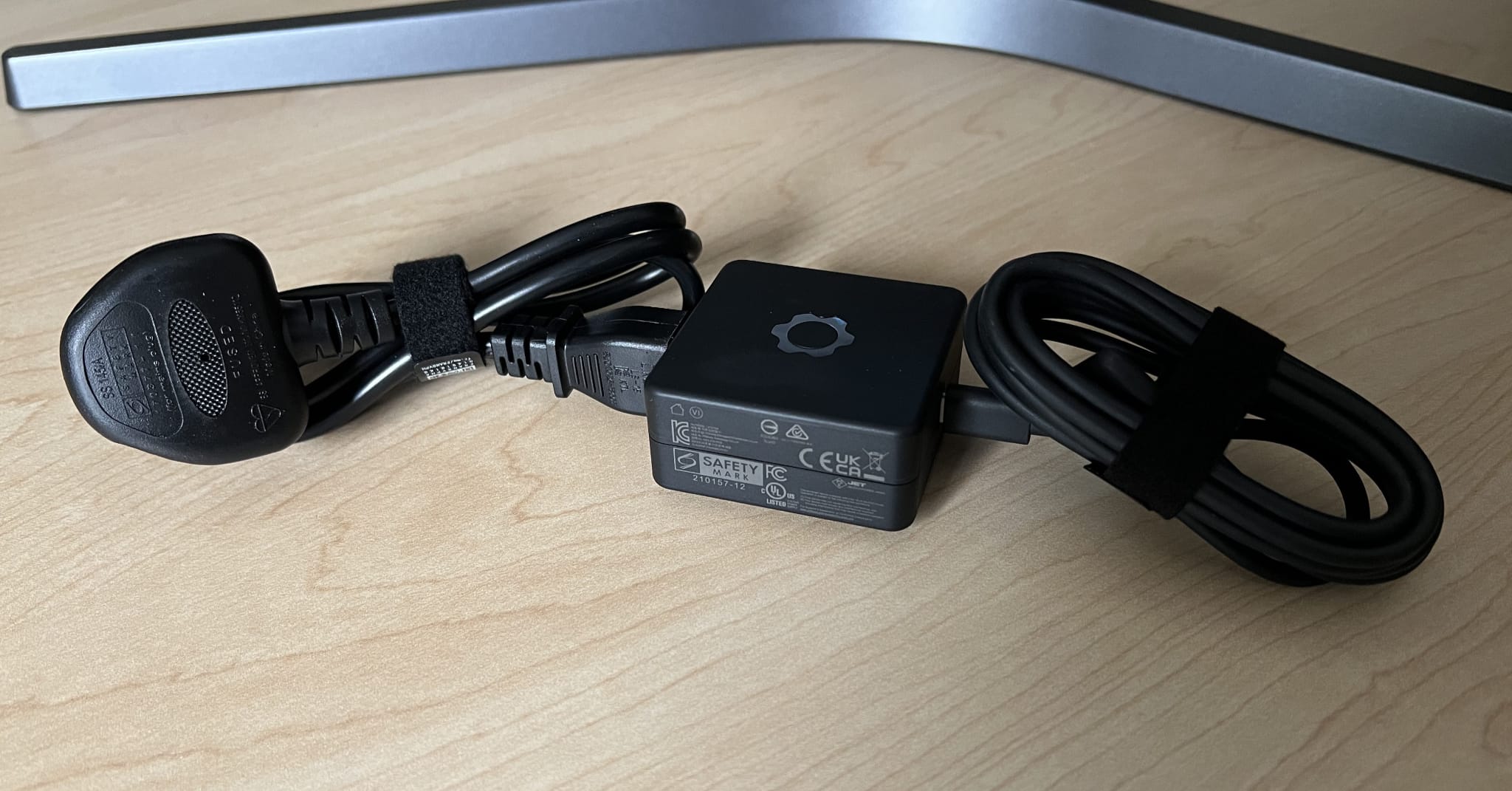 A closer look at the Framework Screwdriver, which is the only tool you need to service/upgrade your Framework Laptop. The inclusion of this tool is important, as it encourages the consumer to take action. 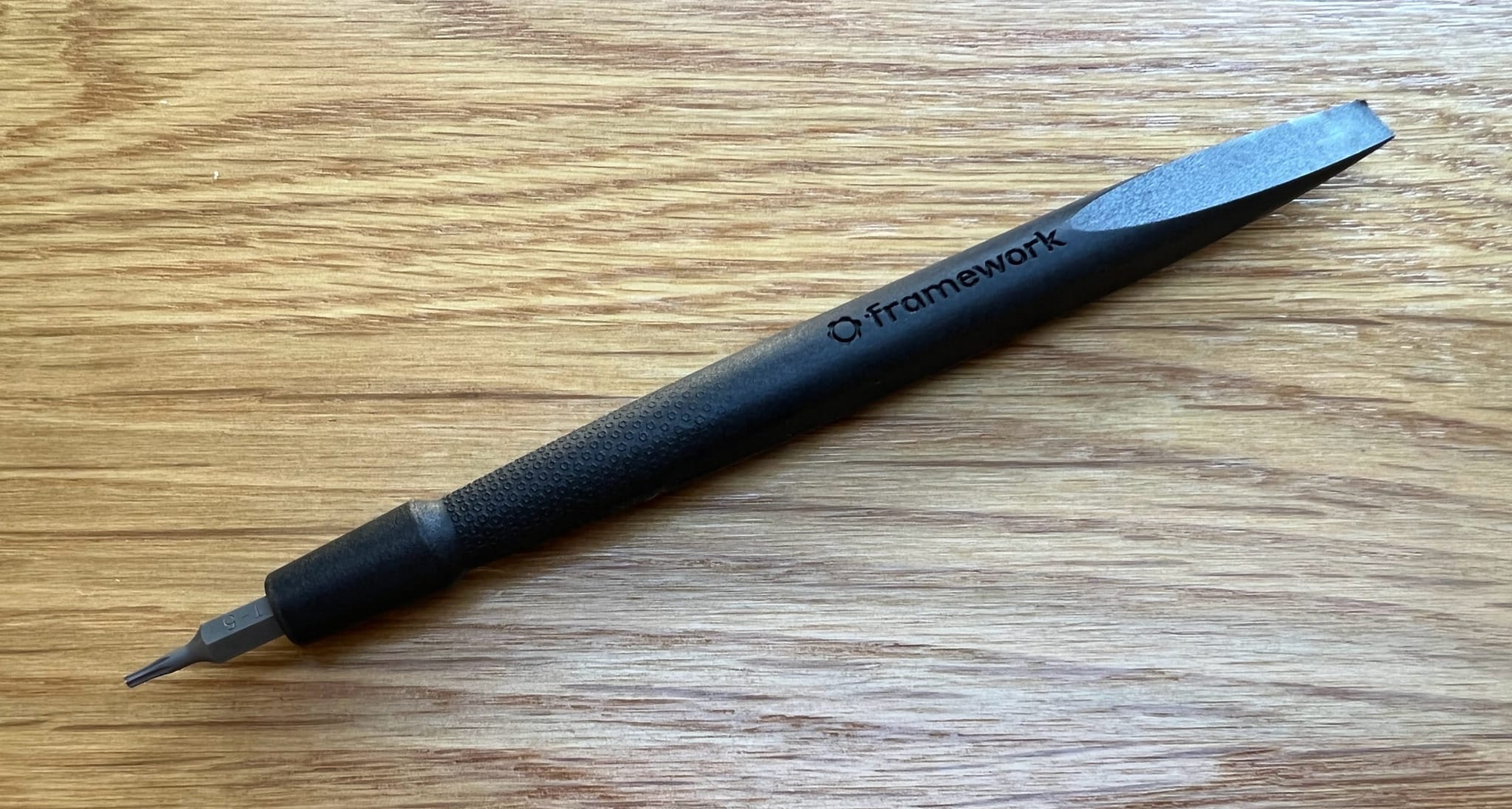 The Framework Laptop is easy to open, simply loosen the five T5 screws on the bottom. At this point, the keyboard base can be lifted, revealing the laptop internals. All screws are connected to the base (spring-loaded), which is great, as it means they cannot be lost.

The guides are also excellent, similar to what I have seen from Prusa, providing concise step-by-step information, including photos, videos and user feedback. 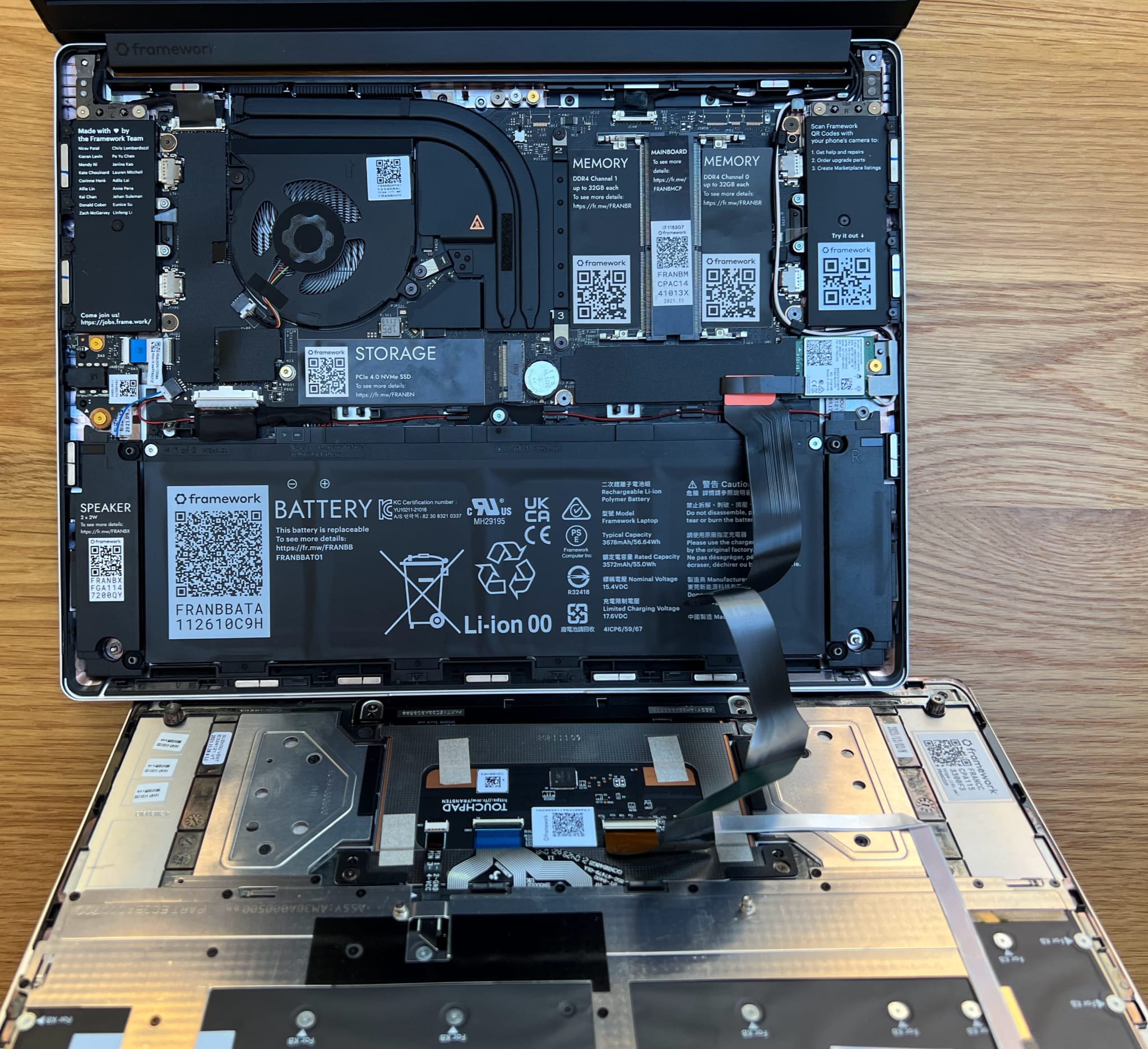 The attention to detail on the inside of the Framework Laptop is impressive, arguably more impressive than the outside. The team should be commended for this innovation. 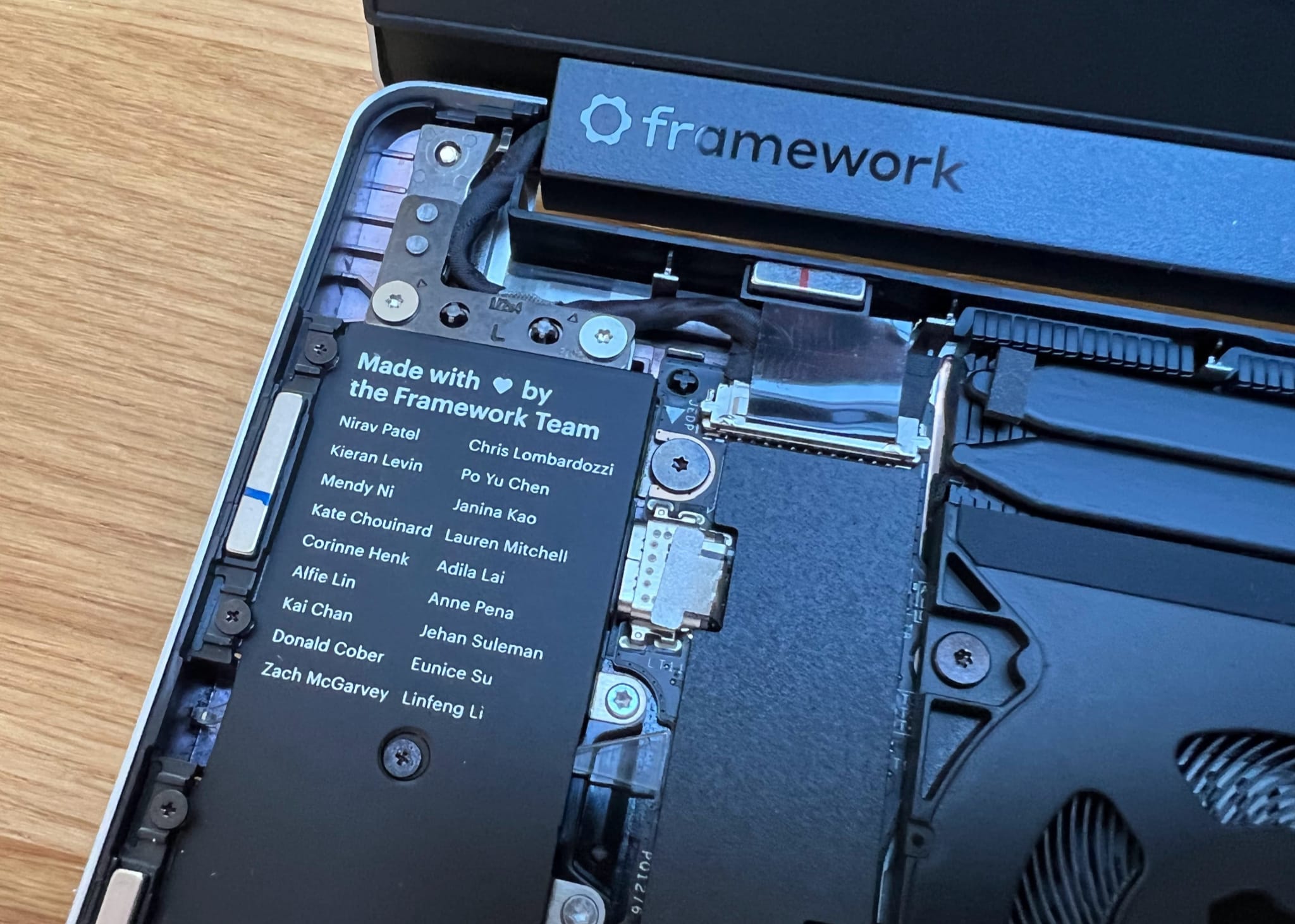 The memory installation process was exceptionally simple, exactly as it should be. 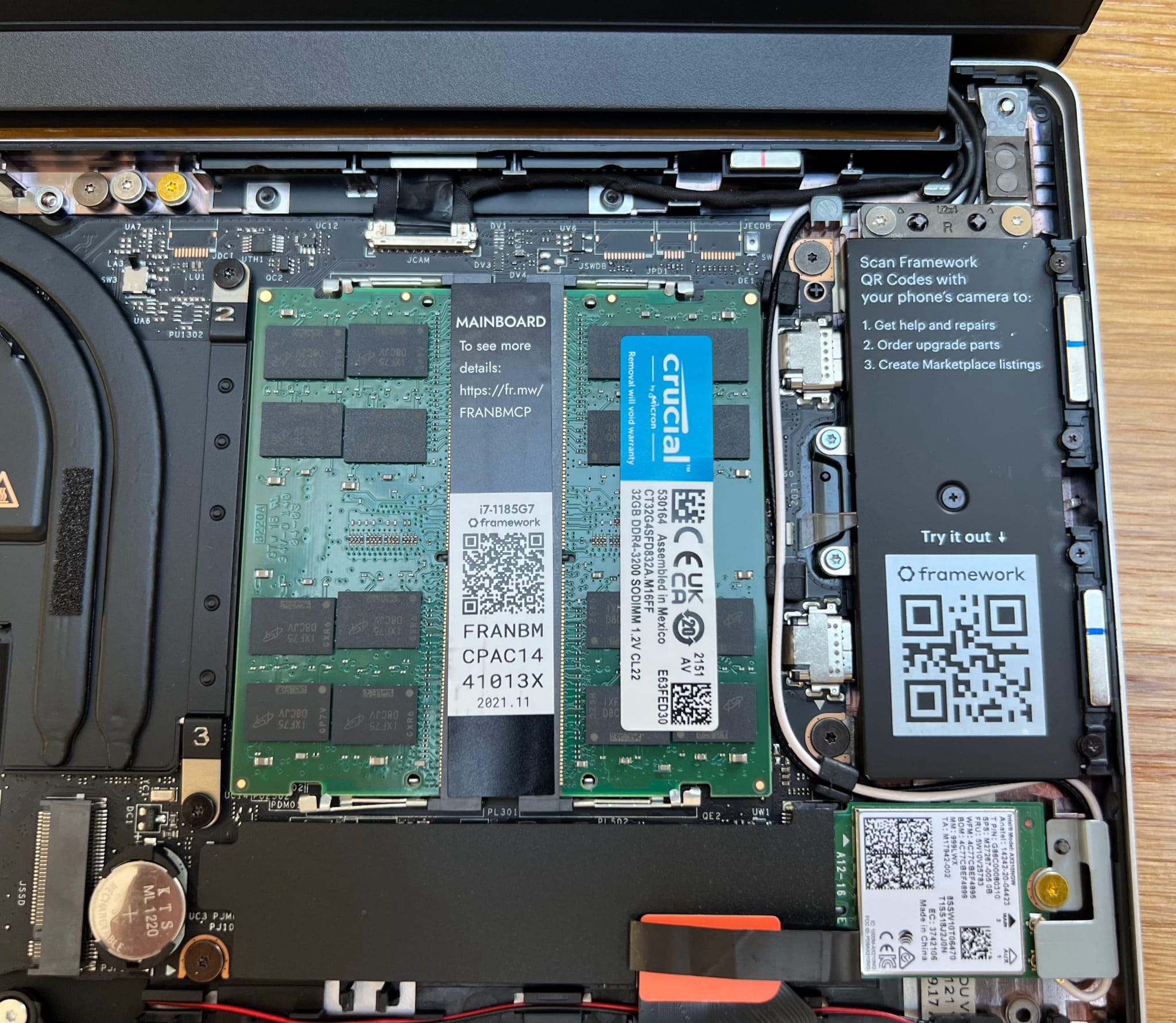 The same can be said for the storage, with the same T5 screw-type being used to mount the SSD. 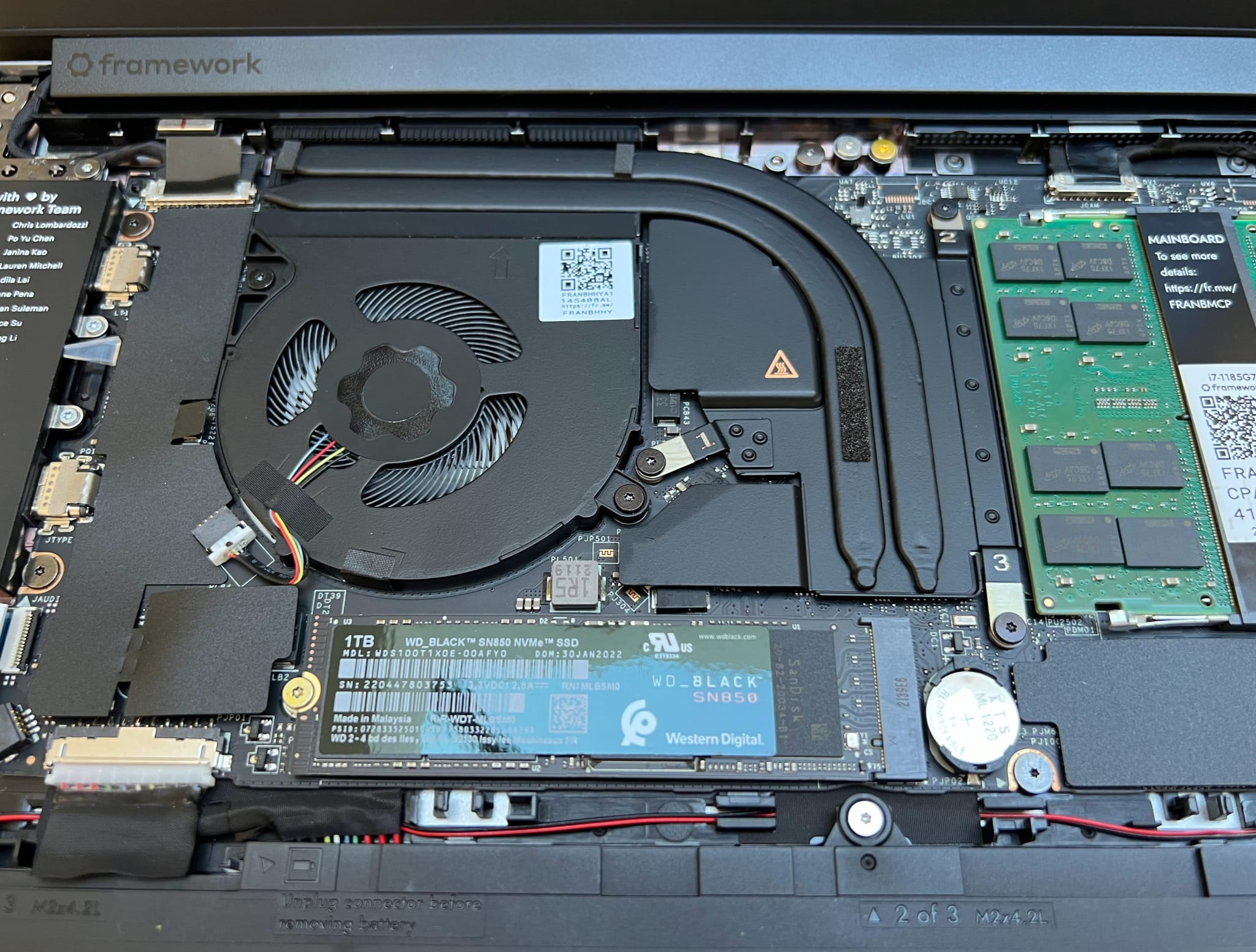 The touchpad is also serviceable, although likely a little more challenging to remove. The guide highlights the difficult as “Moderate”. Each serviceable component includes a difficulty level, which helps set appropriate expectations. 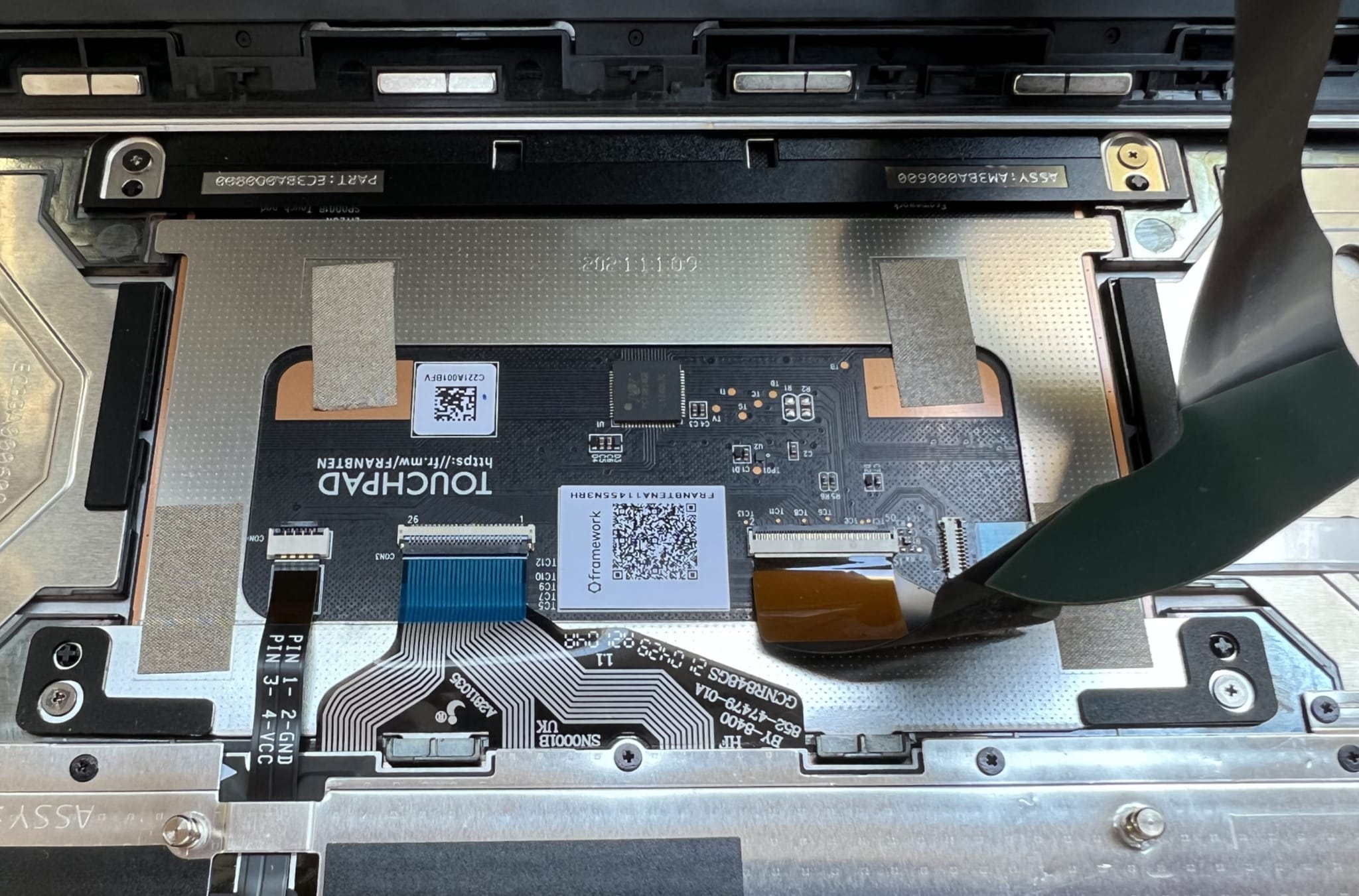 The final part of the build was to insert the expansion cards. The Framework Laptop includes four expansion ports, which all connect via USB-C.

There are currently six expansion cards available, with the promise of more in the future. 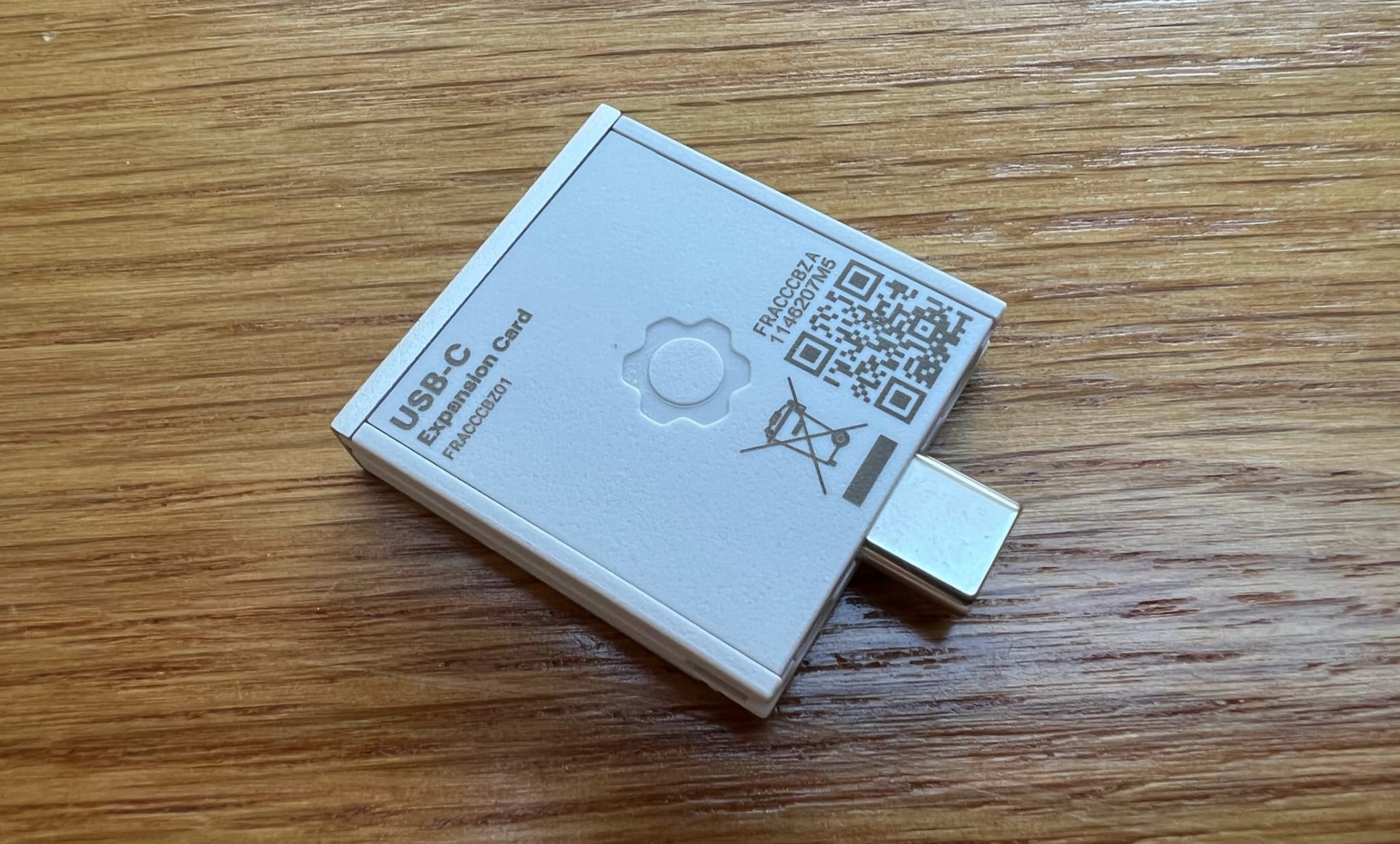 Once inserted, the expansion card can be removed by pressing the button on the bottom of the laptop. 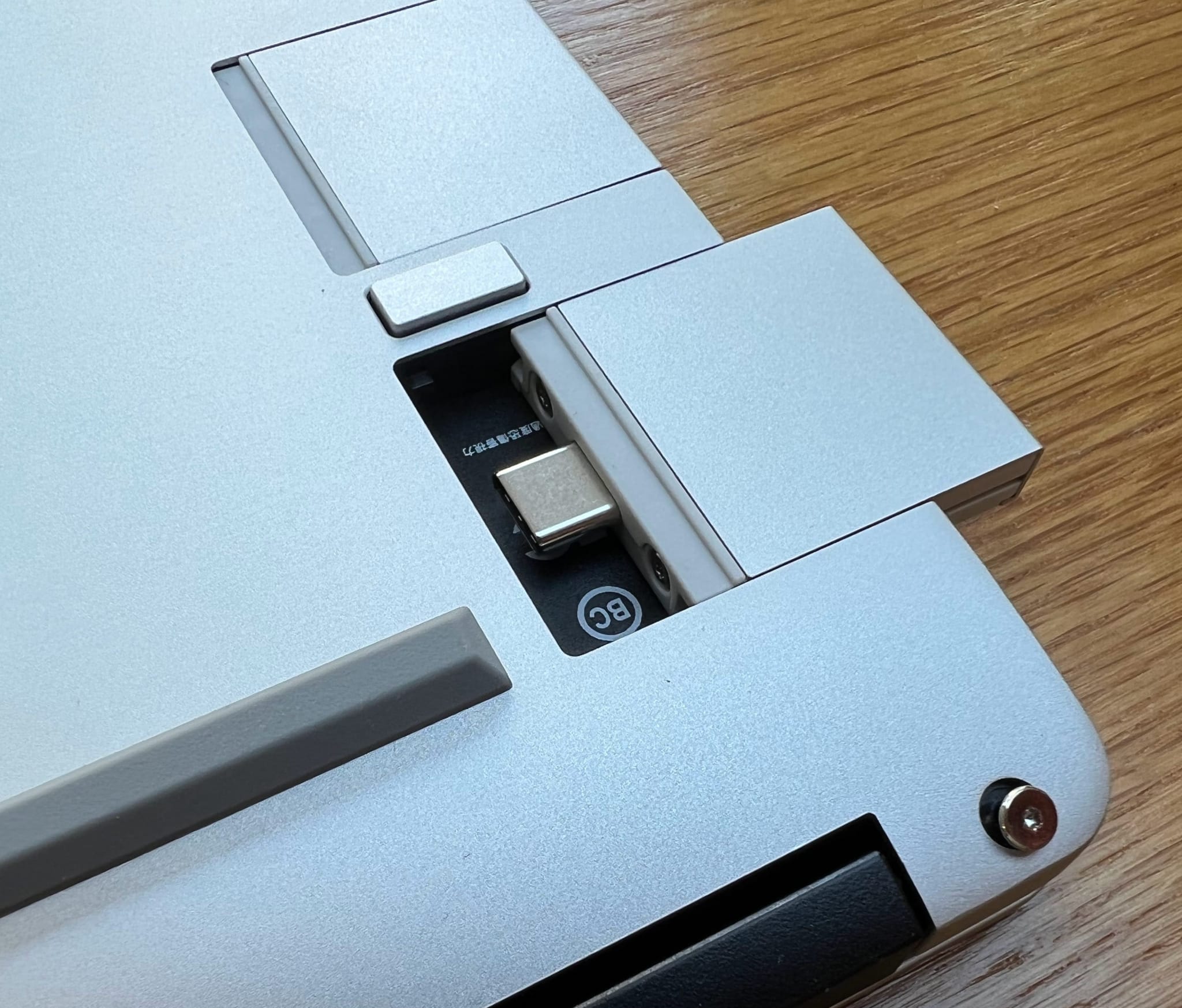 Overall, I commend the Framework team for leading by example and showing the world that serviceable/upgradable laptops are still possible in 2022!

“Making an insanely great product has a lot to do with the process of making the product, how you learn things and adopt new ideas and throw out old ideas.”

I believe this statement epitomises the Framework Laptop, which is a tangible example of innovation that challenges the status quo.

I am excited to see how the Framework Laptop performs over time, attacking my common workloads. Expect a follow-up article soon.