Since March, I have been building a platformer game for my son (six years old), inspired by Crystal Caves, using GameMaker Studio 2.

I have been documenting my progress across a series of articles.

Today I released version 1.0.7 across for Windows, macOS and iPadOS.

The release includes new levels, features and bug fixes. The video below highlights a recent playtest, providing an insight into the first seven levels, including some of the new features.

I have outlined some of the new features below, which continue to be inspired by legendary platformer games from the past.

The code below was taken from the “create” event, defining the parameters of the required particle effect.

The code below was taken from the “alarm” event, which triggers the particle effect.

Based on my current implementation, the in-game effect is subtle but provides the foundation for more impressive particle effects in the future.

The photo below is of my son and daughter playtesting the new levels and features. 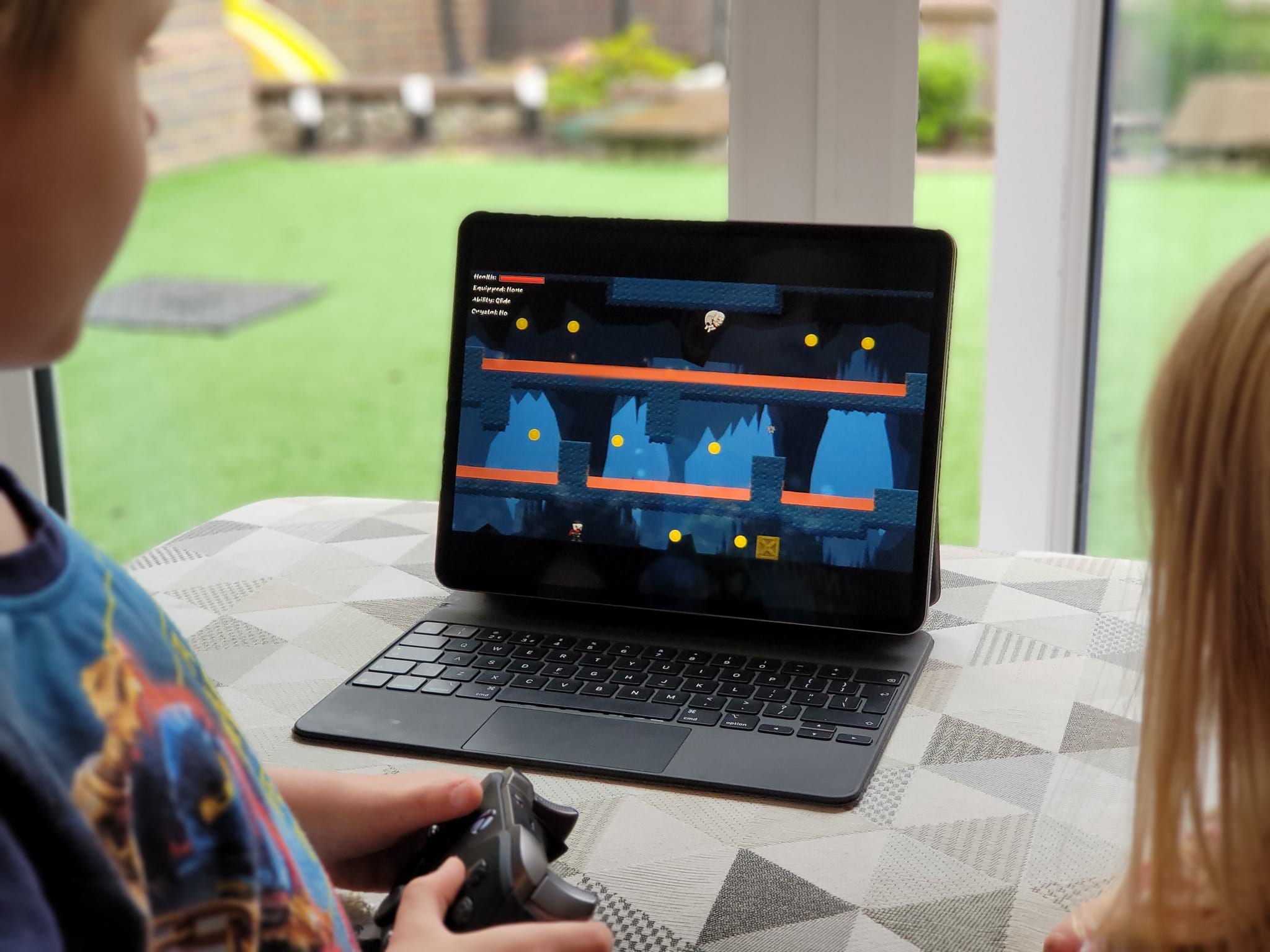 In an upcoming release, I plan to overhaul the menu system, recognising my current implementation is very rudimentary.