Over the years, I have used a wide range of Linux distributions, including Mandrake, SUSE, Ubuntu, Fedora, etc.

Since 2011, I have favoured Fedora thanks to its speed, reliability and focus on innovation. Fedora 34 is a great example, which was one of the first distributions to include GNOME 40, the first major release of GNOME in the past decade.

The “Four Foundations” of Fedora (listed below) resonate strongly with me, especially the focus on community.

With that said, although an admirable position, the “Freedom” foundation can sometimes act as a barrier when working in a world that is still encumbered by proprietory and/or protected software.

For example, the use of NVIDIA proprietory drivers can be painful to configure and maintain on Fedora, especially in devices that use NVIDIA Optimus (hybrid graphics) technology.

Enter System76 a small US-based company with the goal to sell computers that are pre-installed with Linux. To enable this outcome, System76 developed a Ubuntu-based Linux distribution known as Pop!_OS, which targets “developers, makers, and computer science professionals”.

These benefits, alongside the recent release of Pop!_OS 21.04 + Cosmic sparked my curiosity, triggering me to explore an alternative to my beloved Fedora.

As my test system I selected a Dell XPS 15 (9510), with the following specification:

This is the option I selected and confirm it installed perfectly, without any manual intervention or additional configuration. I was even able to update the NVIDIA drivers from the Pop!_Shop. 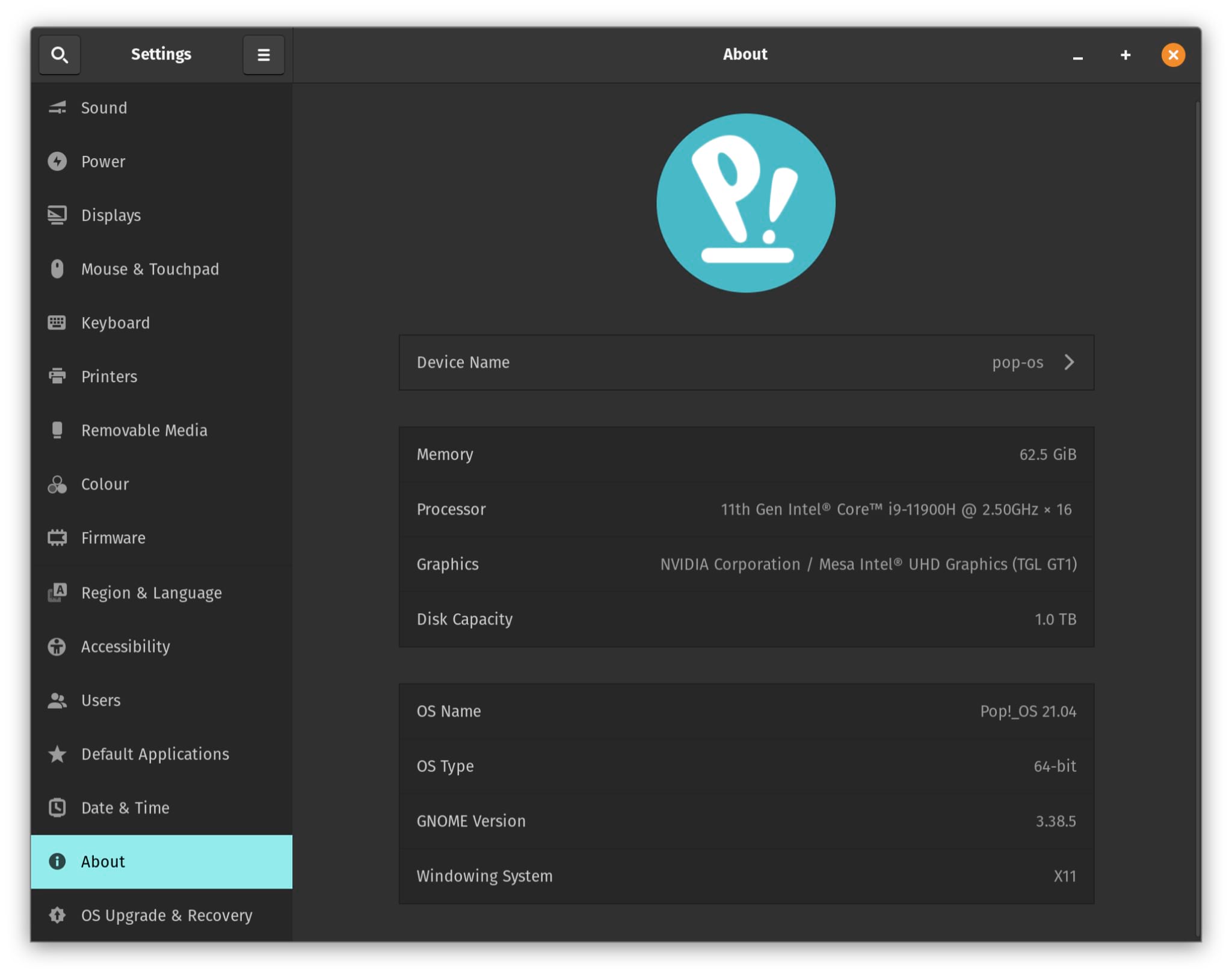 Anyone coming from Windows or macOS likely won’t appreciate the value in having an image with preinstalled drivers, but installing, optimising and maintaining NVIDIA drivers on Linux can be a nightmare. As highlighted by the video below, Linus Torvalds (creator of Linux) has been fairly vocal on this topic.

I am pleased to report that the drivers not only work seamlessly but are also tightly integrated, with an option to automatically switch between integrated and dedicated graphics, leveraging NVIDIA Optimus technology, as well as the ability to select a specific graphics processor per application. 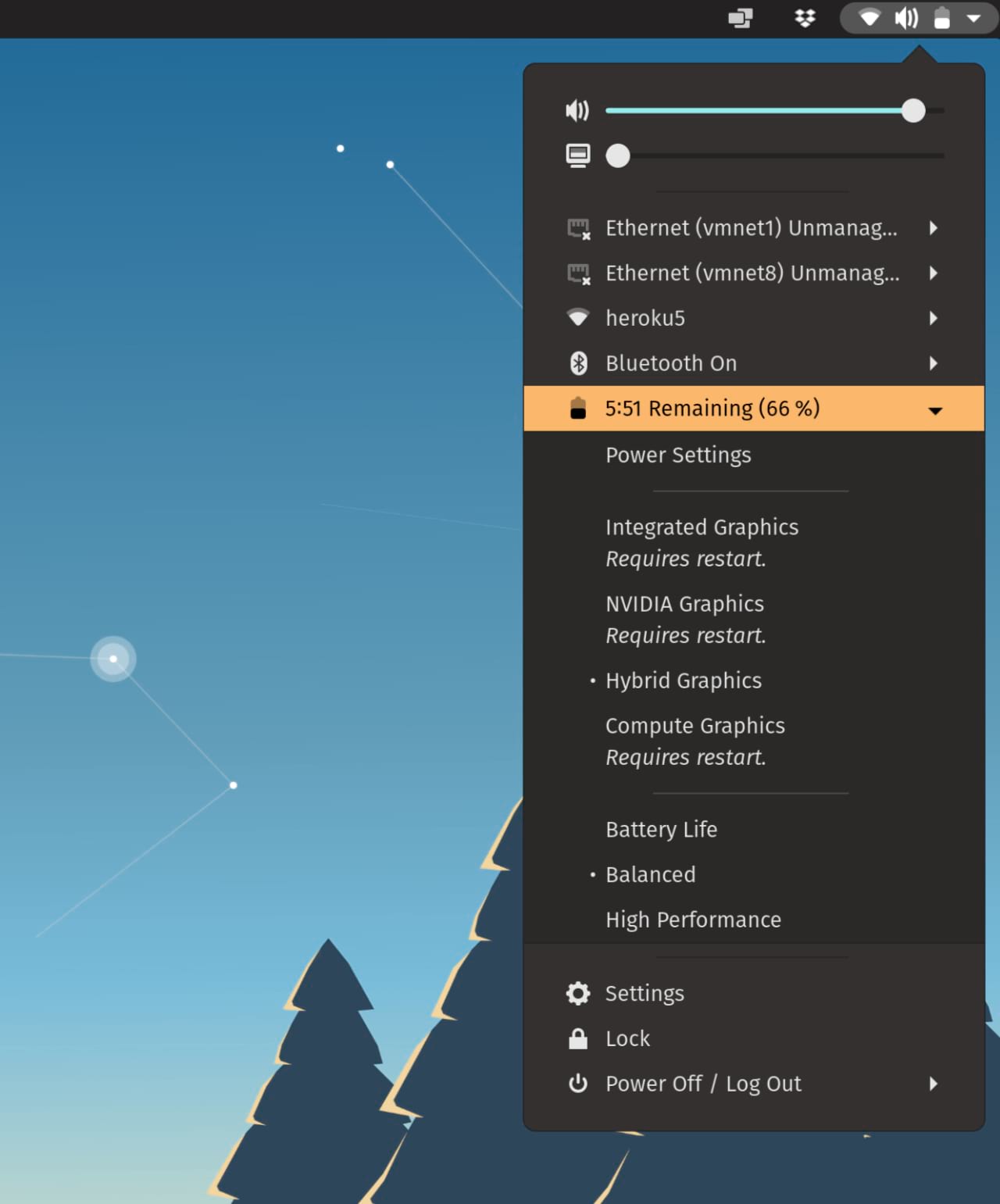 As Pop!_OS is a fork of Ubuntu, it uses the GNOME desktop environment, but will not be updated to GNOME 40 until version 21.10. Thankfully, this is not a huge deal, as System76 include a lightweight overlay from GNOME, known as Cosmic.

Ordinarily, I would be against any unnecessary customisation of GNOME, however, it is as if Cosmic was designed specifically for my workflow. I would describe it as a cross between GNOME 3.x and macOS, with native settings to customise the Dock, Activities, Workspaces and the Launcher.

Honestly, I think Cosmic is close to perfect! I set the Dock too small and hidden, positioned on the left (I commonly use widescreen displays). I hide the Activities and Workspaces buttons, with the Workspace view accessible from the right. 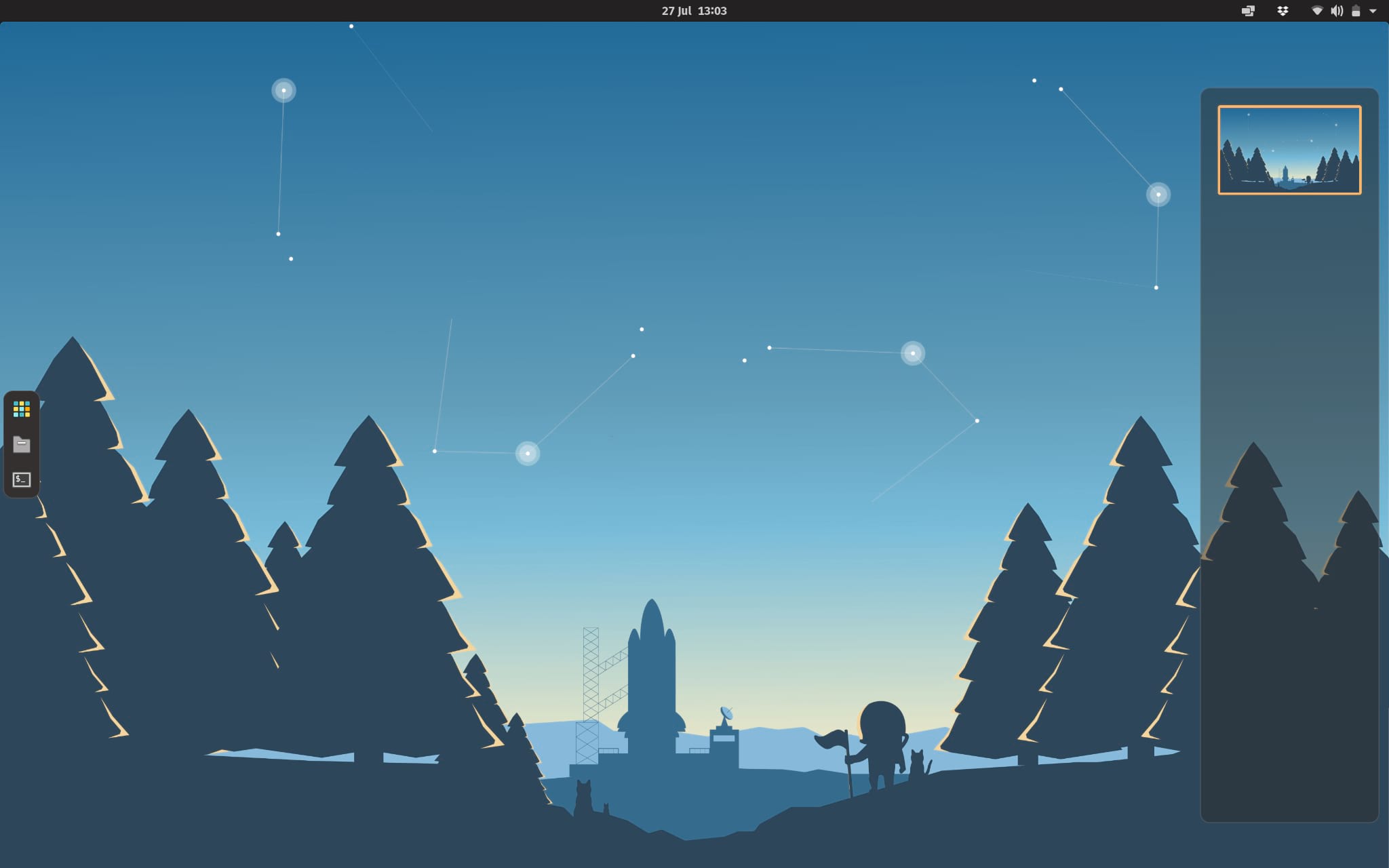 With these simple changes, which can be configured without any GNOME shell extensions, the desktop is clean, minimal and keyboard-centric (exactly how I like it). 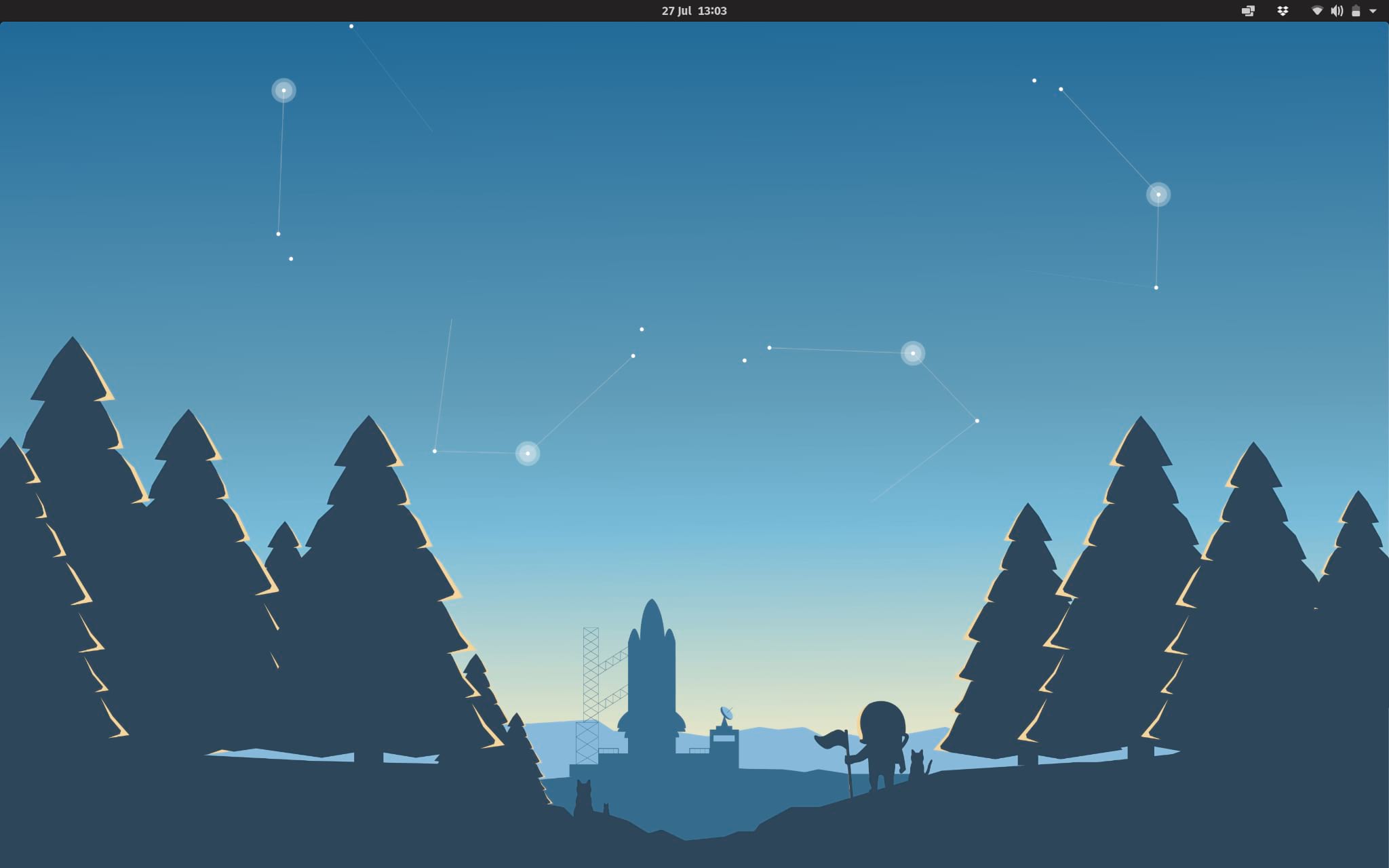 Although it took me a few minutes to adjust to the Advanced Package Tool (I am used to RPM Package Manager with Fedora), I was quickly able to install my common software without any issue.

Thanks to Pop!_OS being Ubuntu-based (dpkg), its software repositories are very well maintained, helped further by the fact that Flatpak is natively integrated into the Pop!_Shop. 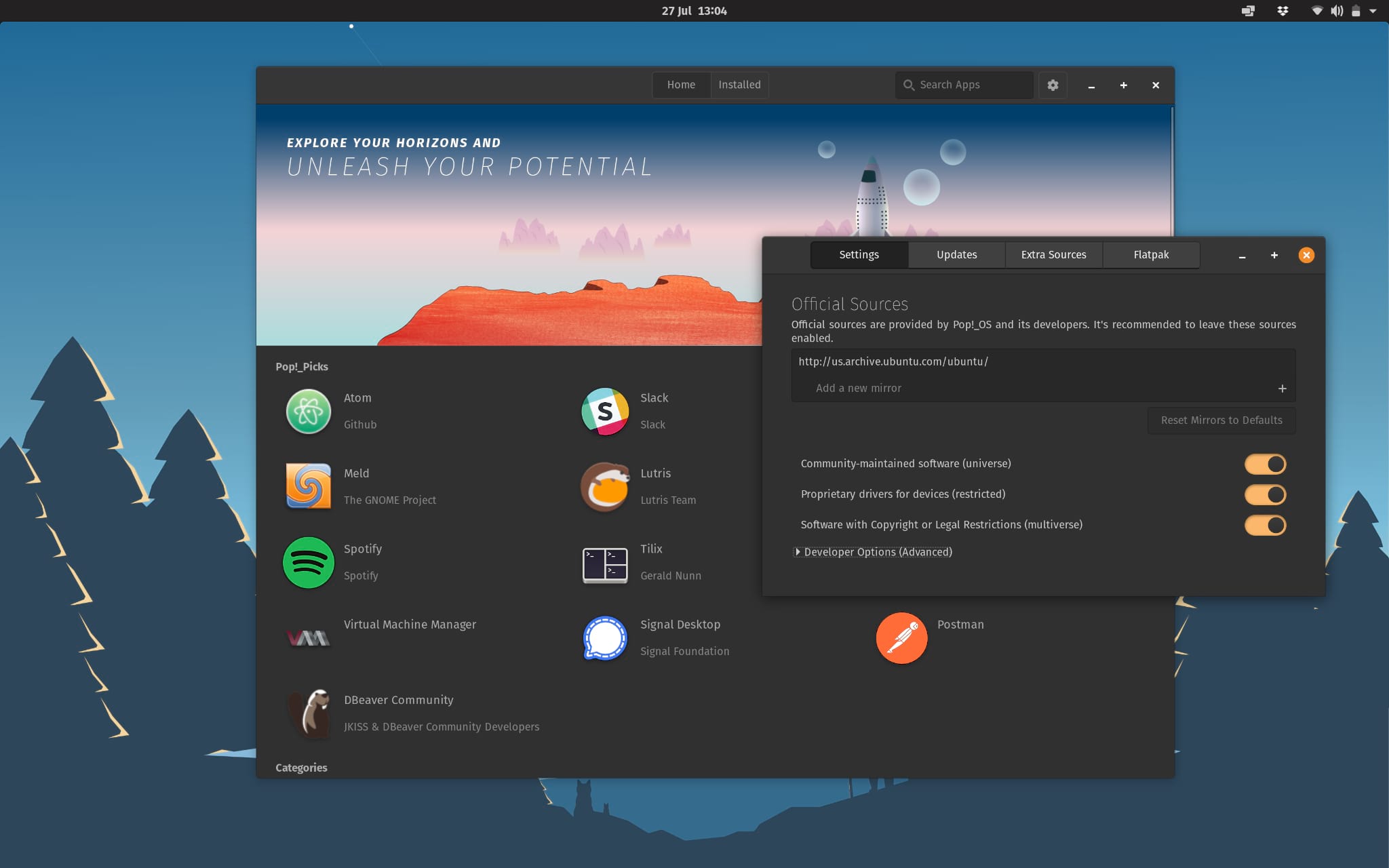 In summary, I have been very impressed with Pop!_OS. I have not experienced any issues with the Dell XPS 15 (9510), with the system configured to use “hybrid graphics” by default.

If you are new to the Linux world, have a device with NVIDIA graphics or simply want a simplified Ubuntu-based experience, I would seriously recommend checking out Pop!_OS.

At this time, I plan to continue to use Pop!_OS as my primary Linux distribution (sorry Fedora). It will be interesting to see how long this remains true!