With the arrivial of the 2021 MacBook Pro, I have been testing my common workloads.

I have been using Docker since 2014, primarily to support web development. Last year, I tested Docker for Mac on the MacBook Air running Apple Silicon, which I documented across three articles.

The performance of Docker running on the MacBook Air was good, relative to Intel equivalent Mac. It was clear that the Apple M1 System on a Chip (SoC) had tremendous potential, but was held back by the software. For example, in my testing, Docker Desktop for Mac was consistently outperformed by its x86 Linux and Windows (WSL2) counterparts.

In this article, I plan to take a second look at Docker Desktop for Mac. I hope that a year of additional development and the more powerful Apple M1 Max SoC will deliver tangible improvements.

I plan to use LifeinTECH (this blog) as my test build, which follows the JAMstack web development architecture, using the Jekyll Static Site Generator.

The project includes a range of external dependencies and custom plugins. It is fairly large, including over 4000 individual files and 800MB of data. This is relevant as it applies file sharing I/O pressure.

On the MacBook Pro, I plan to test two scenarios, specifically Docker Desktop for Mac and Docker running on a Linux virtual machine using UTM.

Finally, under “Docker Desktop > Preferences > Experimental Features”, I checked the setting “Use the New Virtualisation Framework”, which enables the new Apple Hypervisor framework that should deliver better performance. 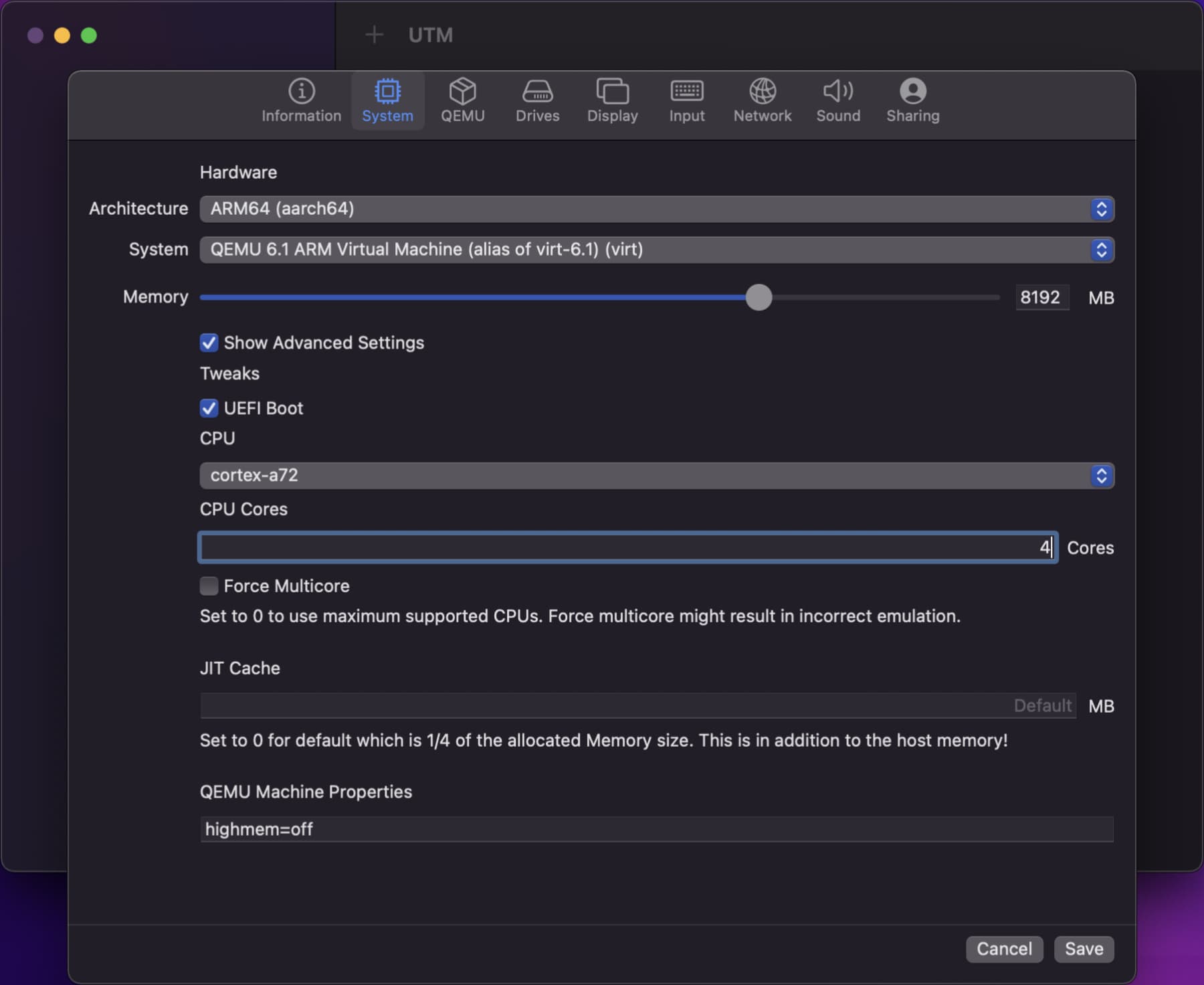 The Ubuntu Desktop Environment was installed, with the Docker Desktop and Docker Compose packages. The full setup can be found in the article “Virtualisation on M1”.

The table below outlines the results of my testing.

Performance across Linux (Dell XPS 17) and Windows (Custom-Built PC) provides a good baseline as they both build against a native Linux kernel.

The results from the 16-inch MacBook Pro (OCT-2021) are inconsistent depending on the specific configuration. For example, when using Docker Desktop for Mac, it is critical that an ARM64 image is selected and the Apple Hypervisor is enabled to achieve acceptable performance.

The most exciting result was the Ubuntu Server (ARM64) running on UTM, which achieved a blistering 9 second build time. This result is the fastest I have seen on any system, demonstrating the raw power of the Apple M1 Max when software limitations are removed.

For example, the testing indicates that file system I/O is the limiting factor when using Docker Desktop for Mac, especially with large, multi-file projects. This is not an issue in scenarios where the native Linux kernel filesystem can be accessed directly.

I remain conflicted regarding the performance of Docker for Mac, specifically with the 16-inch MacBook Pro (OCT-2021) running the Apple M1 Max SoC.

If it is not possible to run a Linux host directly, I prefer the implementation of Docker for Windows, which takes advantage of WSL2. In my opinion, this is a great compromise, allowing the developer to use Windows software, with Linux performance.

Regarding macOS, Docker Desktop feels constrained, forced to use middleware that is not always performant (e.g. File Sharing). As a result, I will likely retain a “right-sized” Ubuntu Server running as a virtual machine on UTM.

This approach unlocks the raw performance of the Apple M1 Max SoC by removing the filesystem I/O bottleneck, delivering an unbelievable 24x performance increase over Docker Desktop for Mac.

Finally, it is worth noting that these results are workload-specific, therefore the highlighted filesystem I/O bottleneck may not always be an issue.