In 2017, Microsoft introduced the terminology “Windows as a Service”, which many assumed would be a subscription model for Windows (like Office 365). Instead, it signified a change in approach regarding how Microsoft builds, deploys, and services Windows, shifting to regular “feature updates” that contain new features and fixes.

On paper, this approach sounds great, similar to how web services are continuously updated. However, Windows 10 is a complex beast, which makes testing very difficult, especially when executed under pressure to meet an arbitrary timeline.

As a result, there can be good reasons to avoid the latest release of Windows 10, especially for businesses, where consistency and reliability are generally prioritised above new features.

Unfortunately, due to the “Windows as a Service” approach, Microsoft does not make it easy to download older versions of Windows 10, always pushing you towards the latest and “greatest”.

Thankfully, the user “AveYo” has posted a useful “.bat” file on GitHub, which makes the process trivial.

As a prerequisite, download the official “Media Creation Tool” from Microsoft.

Once complete, download the “.bat” file from GitHub and place it in the same folder as Media Creation Tool.

Finally, open the Command Prompt (cmd.exe), navigate to the folder location and run the following command:

This will trigger a window to appear, with options to select any officially released version of Windows 10 (starting with 1507). 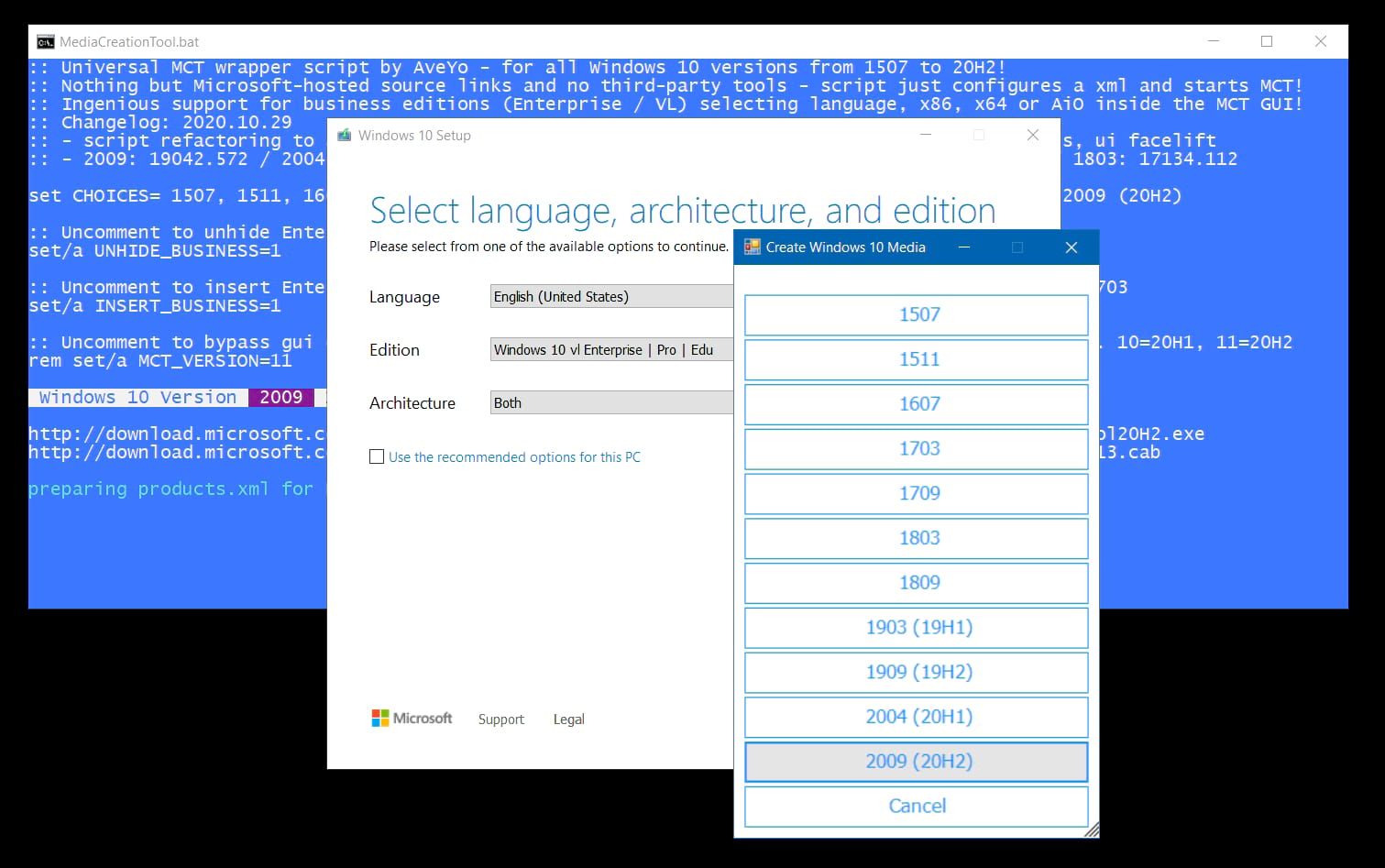 Once selected, the standard Microsoft Media Creation Tool is triggered, allowing you to create an ISO.

That’s it! You can now easily download and create installation media for any version of Windows 10.