In a recent article, I shared my philosophy to software selection, which supports my requirement to frequently switch between different operating systems.

Recognising that my daily driver is a Mac, I shared a list of my most used macOS applications and the Windows alternatives.

Thanks to the growth of web technologies and frameworks such as Electron, many applications are now cross-platform, providing a relatively seamless experience when working across multiple operating systems.

Knowing that I am also a frequent user of Linux (specifically Fedora), I felt it was worth expanding upon the previous list to include the equivalent Linux applications. 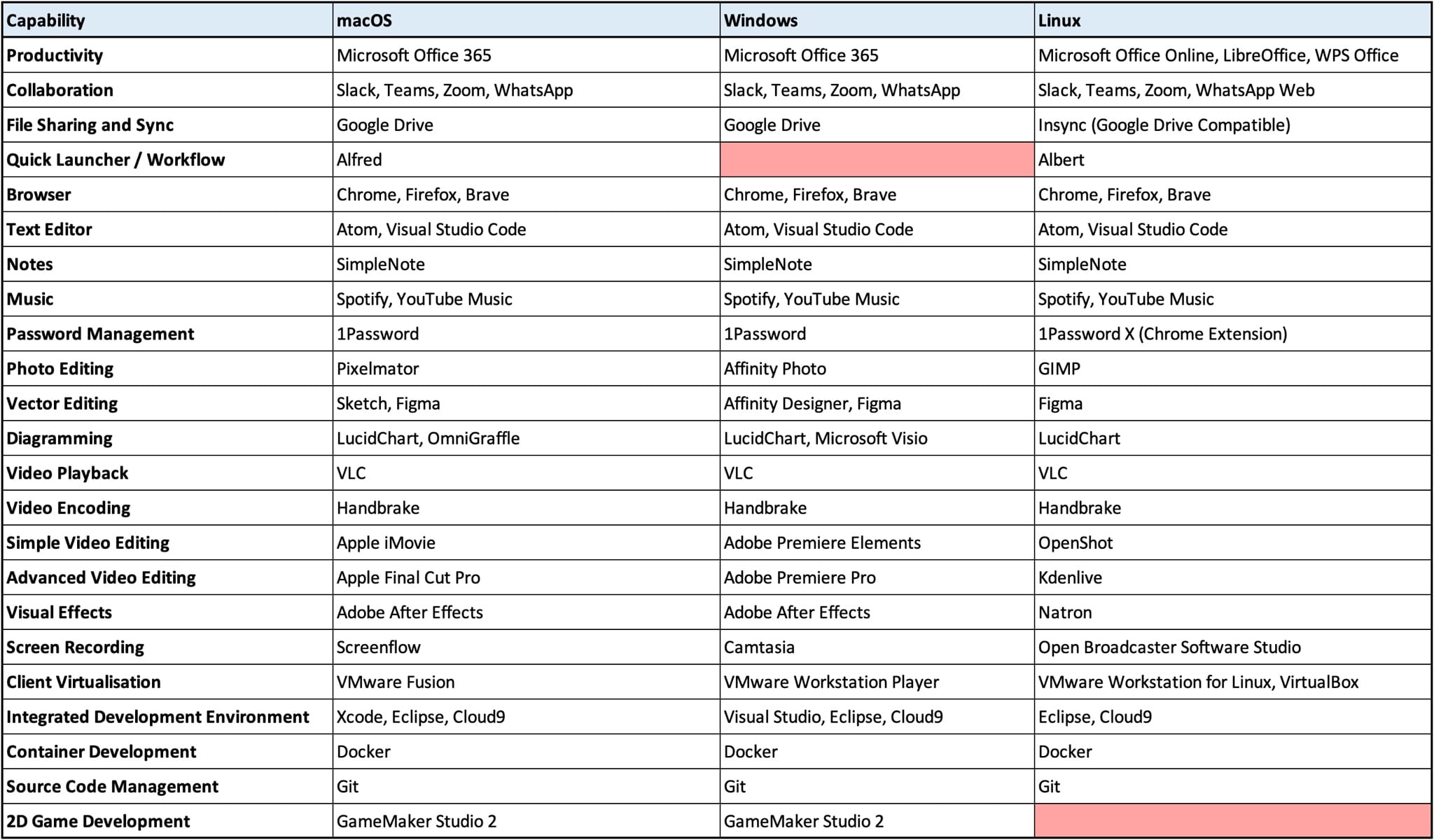 Although the Linux eco-system is still behind macOS and Windows, it continues to mature at a steady pace, including renewed support from major software providers such as Microsoft, as well as many active open-source projects.

As I reflect on the application list, I am comfortable with the coverage provided by Linux. The open-source Electron framework, which is used for the development of desktop GUI applications using web technologies, has helped drive parity across operating systems. For example, Atom, Visual Studio Code, Slack, Teams are all Electron-based applications.

Video editing and visual effects can also be challenging on Linux. Although OpenShot, Kdenlive and NATRON are all very capable applications. I miss the simplicity, performance, and ecosystem of applications like Final Cut Pro and the Adobe Creative Suite. It should be noted that Natron is reliant on the open-source community and has struggled in recent years, making new releases and patches very inconsistent. An application such as Blender is better supported but has a steeper learning curve (especially for simple 2D effects).

The only gap in my workflow is 2D Game Development, driven by the fact that I use GameMaker Studio 2. Unfortunately, it does not look like we will ever receive a native version for Linux, which is a shame, but understandable based on the market share.

Overall, I am confident I could use Linux as my daily driver, but due to my reliance on Microsoft Office, I suspect it would impact my overall productivity. Therefore, Linux remains an operating system that I use for specific tasks, such as software development, containerisation, etc.