I first wrote about Quantum Computing in 2015, where I provided a high-level overview of the technology.

This article will explore the technology in more detail, covering the types of quantum computer, hardware requirements, value proposition and the proposed commercial model.

Although other definitions are used, quantum computers can be split into three types.

It should be noted that a quantum annealer can only run a limited range of quantum algorithms, therefore it is not directly comparable to a universal quantum computer.

Quantum computers are incredibly sensitive, meaning they must be hosted in a highly controlled environment.

The collection of pipes and cables in the photo below make up the new 50 qubit quantum computer from IBM. 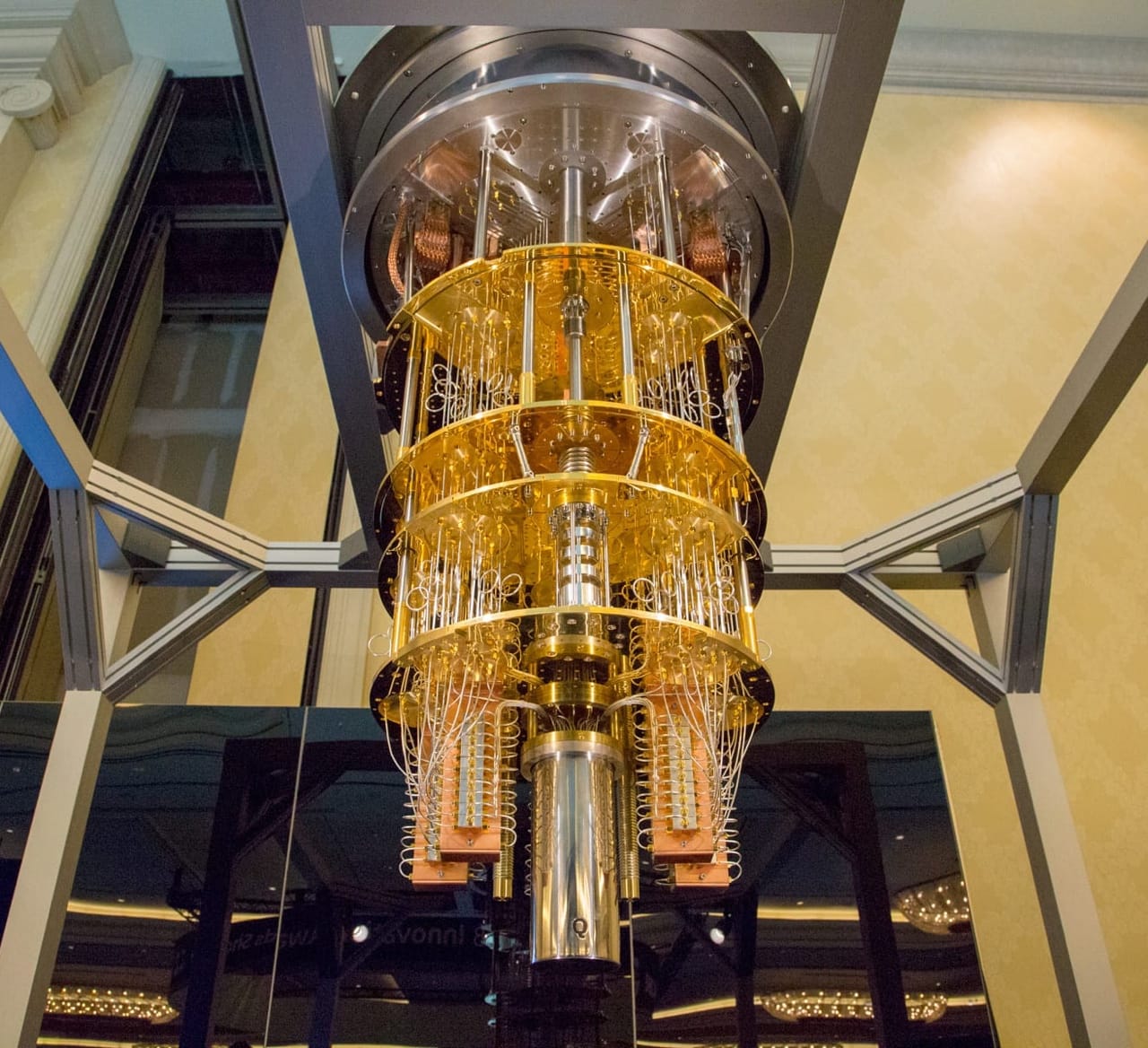 Through the use of Helium-3 and Helium-4, each level of the quantum computer is cooled from 40Kelvin, down to 0.015Kelvin. To put this into perspective, that is -273.15 Celsius, which is colder than space.

At the bottom of the quantum computer is a small steel cylinder, which is where the processor is installed. The image below is an IBM qubit processor, where you can see six superconducting qubits and the corresponding resonators.

The processor itself is mounted in a circuit board, which is protected from the environment via multiple shields.

Quantum computing is not a “silver bullet”. A quantum computer has the potential to solve problems that were previously considered impossible. However, in the majority of cases, a classical computer would still be the best choice.

Highlighted below are three areas where quantum computing could have a significant impact.

A quantum computer could be used to analyse large quantities of data more efficiently, as they have the ability to manipulate vast arrays of data in a single step, providing better feedback and performance.

Scientists estimate that 60 qubits would be enough to encode all of the data produced by humanity in a single year, with 300 qubits covering the classical information content of the observable universe.

Today, the majority of popular security algorithms rely on one of three mathematical problems:

Theoretically, all of these problems could be easily solved by a quantum computer running Shor’s algorithm.

As a result, post-quantum cryptography techniques are being developed, targeting public-key algorithms that are thought to be secure against an attack by a quantum computer.

The National Institute of Standards and Technology (NIST) intend to release the draft standards on post-quantum cryptography in the 2022-2024 timeframe.

Quantum computing could also be used to increase the efficiency of tailored therapeutics, allowing an individual’s genes to be sequenced and analysed more quickly, enabling personalised drug development (not just targeting the mass market).

IBM, D-Wave, Intel, Google, Microsoft, Alibaba, Tencent and a host of academic and national research labs (including the European Commission, US, China, and Russia) are all actively working on quantum computing.

Although the majority of work is still exploratory and/or research-based, D-Wave and IBM are already offering commercial services.

The D-Wave 2000Q is a commercially available quantum annealer, which is valued at $15 million. D-Wave also offers a subscription service, which provides access to the D-Wave 2000Q, without the upfront investment.

Arguably more interesting is the IBM Q, which is targeting a universal quantum computer. IBM currently provides access to their quantum computers (they have multiple) through the Q Experience, allowing anyone to log in and start learning about quantum computing.

IBM also run the Q Network, which is a community of companies, academic institutions, and national research labs that are partnering to advance quantum computing and explore practical uses cases for business and science.

In short, do not expect your smartphone or laptop to be powered by a quantum computer. Even if you could overcome the inherent environmental challenges, quantum computing is only valuable when targeting specific use cases.

As a result, these use cases will likely be enabled through “cloud-like” data centers following the “as a Service” model.

Although good progress is being made, the journey to a true universal quantum computer is likely long, with most experts predicting a minimum ten-year development cycle.

This is comparable to classical computing, where the first transistor was introduced in 1947, however, Intel’s first microprocessor did not arrive until 1971.

With that said, this highly competitive environment, incentivised by the commercial benefit of being first to market could result in an “arms race”, helping to accelerate the development time.

In conclusion, as a business today, I would recommend the following four actions.