I first referenced mining in my 2011 article titled “Cryptocurrency”, where I briefly described the concept of mining as it relates to Bitcoin.

If you’re unfamiliar with cryptocurrency mining, a more detailed explanation can be found in my article “Bitcoin 101”, where I reference a great explainer video from CuriousInventor.

Mining remains an integral part of many cryptocurrencies, including the popular Bitcoin, Ethereum and Litecoin. However, achieving worthwhile results for “hobby miners” has become increasingly challenging, thanks to the growing number of hashing algorithms and large mining pools such as Antpool (which now mines approximately 25% of all Bitcoin blocks).

To simplify the process, I recently started using NiceHash, which is a cryptocurrency mining marketplace. It is based on the concept of connecting sellers and buyers of computing power and supports all major hashing algorithms.

As a seller, you essentially download NiceHash Miner, which is optimised for NVIDIA and AMD graphics cards. Once installed, the application benchmarks your computer and automatically selects the best hashing algorithm(s). It is then simply the case of adding a Bitcoin wallet address and clicking “Start”. 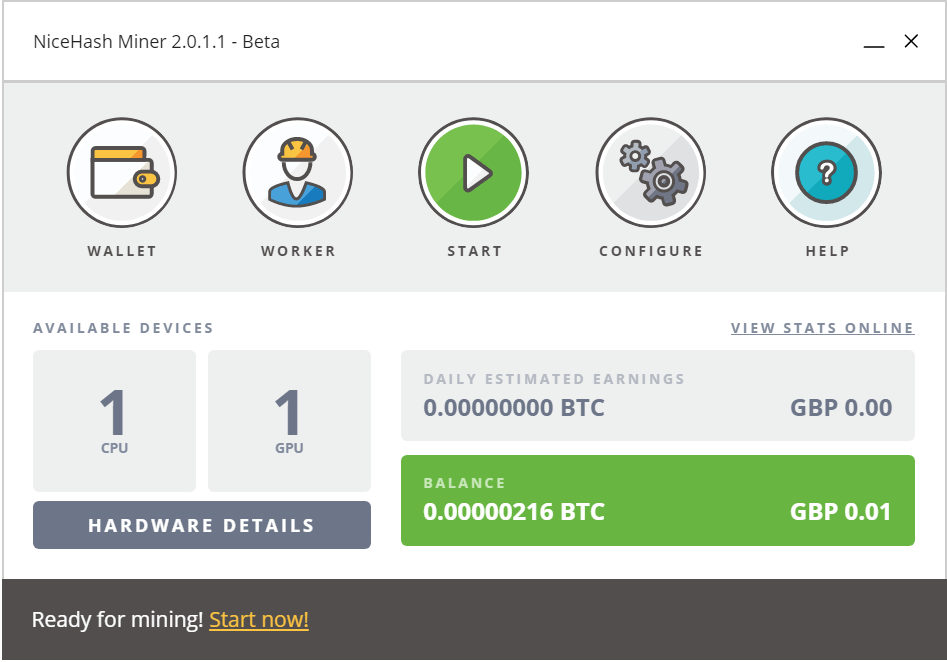 Revenue will be defined by the performance of the specific graphics card (or cards), which can be estimated using the NiceHash Profitability Calculator. Whilst mining, the graphics card will be 100% utilised, resulting in high power consumption and increased heat, therefore quality cooling is recommended. NiceHash also requires a reliable internet connection, which based on my testing consumes approximately 30MB downstream / 4MB upstream per hour.

My setup, which includes an overclocked NVIDIA GeForce GTX 980 averages around £0.87 per day (based on an exchange rate of 1 BTC = £3318.56). As a result, my setup could theoretically achieve a monthly revenue of £26, however this obviously does not take into consideration electricity bills and fluctuations in the Bitcoin market (where are currently very frequent).

As with all things, nothing in life is free. Therefore, it is also important to understand the broader fees and restrictions that apply when using NiceHash.

Overall, NiceHash certainly removes the complexity from mining. Simply download, benchmark and start, knowing that you will automatically be optimised for the best hashing algorithm. However, the market saturation, fees and restrictions certainly reduce the overall earning potential, especially for “hobby miners”. Therefore, if you want to explore mining and earn a few pounds, NiceHash is a reasonable choice, however, don’t expect to become a cryptocurrency millionaire.