Gartner recently announced their 2013 Magic Quadrant for Cloud Infrastructure as a Service. 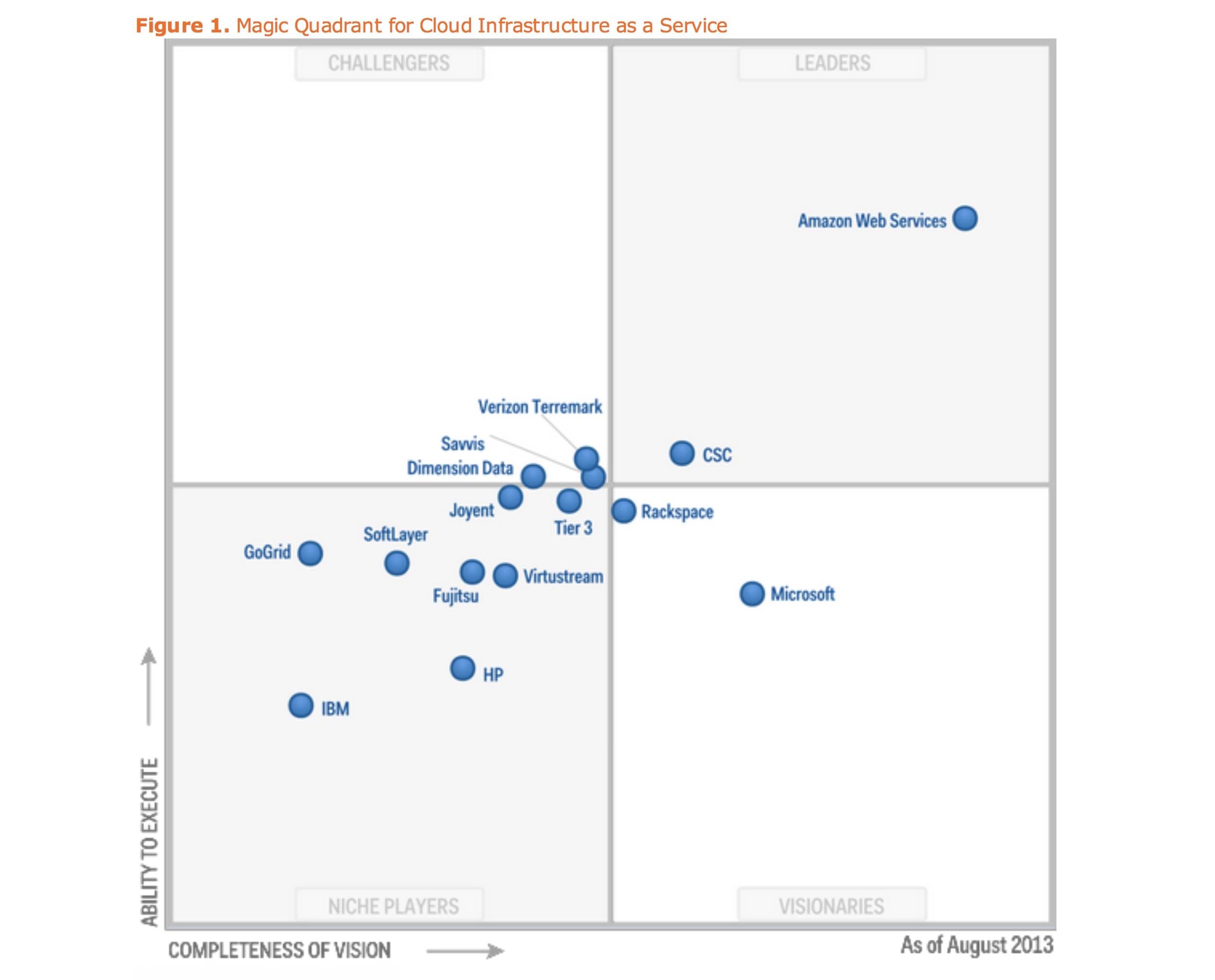 Over the years I have reviewed many analyst positioning documents, which usually include at least two players positioned as clear market leaders. Therefore, the dominance of Amazon Web Services (AWS) for Cloud Infrastructure as a Service is quite rare and begs the question… How have Amazon been so successful?

In my opinion, there are two key factors:

First, I believe Amazon recognized that simply having great technology would not be enough of a differentiator. Instead they focused on creating an eco-system that promoted organic growth both internally and externally.

For example, in 2002 Jeff Bezos (Amazon CEO) famously issued an “API Mandate” to all employees. It stated:

In short, Jeff Bezos was asking every team within Amazon to decouple, define their resources and make them available via an API. In doing so, every team became part of an eco-system, as well as learnt (first-hand) how to maintain, support and scale a suite of services.

This aggressive positioning of an API-Centric Architecture transformed the culture of Amazon by forcing a new operating model, however it also provided the foundation for Amazon Web Services, which was essentially the process of making the already established eco-system public.

This leads to the second factor, which was the Amazon “go to market” strategy.

Traditionally, technology companies (e.g. Microsoft) attempt to license their products and services directly to businesses and/or end users. This model has worked well for many years, but requires a lot of overhead to establish and maintain the account relationships, as well as complete the sale.

Thanks to the previously highlighted eco-system and simplified interoperability through APIs, Amazon Web Services has become the default infrastructure for new technology companies. For example, a company like Heroku builds a Platform as a Service on Amazon Web Services, which they then sell to businesses and end users.

As a result, Amazon do not have to establish or maintain a direct relationship with the specific business or end user (inherently reducing overhead). However, they can still achieve continuous growth through payments from the many technology companies (e.g. Heroku) building and scaling on their infrastructure.

This “indirect” business model is incredibly simple, but also ingenious, as it plays to the strengths of their eco-system and enables growth that would be almost impossible to achieve through direct sales to businesses and/or end users.

In summary, I fully anticipate companies like Microsoft and (eventually) Google to become key players in Cloud Infrastructure as a Service, however I believe it will be many years before they can truly rival Amazon Web Services.