Last night Sony officially unveiled the PlayStation 4 (PS4). The event took place in New York, but was streamed live via uStream to all countries.

Sony had an amazing stage, with approximately 1200 people in the audience and over 8million people watching from around the world. 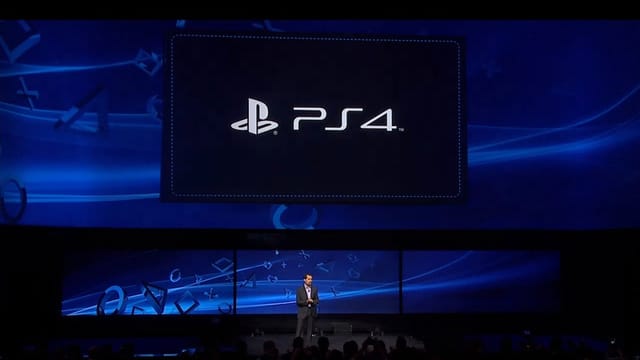 The focus of the event was definitely on gaming, with the first hour of the presentation outlining the hardware, software and eco-system, while the second hour was reserved exclusively for developers, where we saw a broad number of games including Killzone: Shadow Fall, Drive Club, Watch Dogs, Knack, inFAMOUS: Second Son, Media Molecule’s Demo and many others.

The hardware itself aligns closely to the developer leaks that we have seen over the past few months, with a couple of exceptions. For example, the device will include an impressive 8GB GDDR5, instead of the previously predicted 4GB. The full specification can be seen below:

The custom 28nm AMD chip in the PS4 includes both the CPU and GPU. The 8-core CPU is based on the upcoming “Jaguar” design, while the GPU is based on the Radeon 7000 series and is capable of 1.84 TFLOPS of processing power. That’s about 4.5x more powerful than the PS3. For more information on the AMD architecture head over to their blog for the official AMD PS4 press announcement.

Overall I think the hardware looks great! Sony spoke in depth regarding the challenges (mistakes) made with the PS3 and how they collaborated closely with developers to help design the PS4. This resulted in a new architecture (x86 64-bit), delivering more unified memory (8GB up from 2x 256MB) and a faster Blu-Ray drive (6x up from 2x).

In theory this should enable easier and faster development, as the PS4 is now closely aligned to traditional PC architecture, as well as allow for simpler use of high resolution textures, due to the ultra-fast and large amount of system RAM. Finally the improvements to the Blu-Ray drive should help reduce long load times when using optical media.

Interestingly Sony chose not to show the console itself, instead revealing only the controller. Initially I was disappointed by this approach, but in hindsight the “black box” that sits under your TV is mostly irrelevant, it’s everything else that counts!

The new controller (known as the Dual Shock 4) is an evolution of the Dual Shock 3 (used by the PS3). It does however have a number of new features, such as improved sensitivity (designed in partnership with Guerrilla for FPS games), a touch panel (similar to the PlayStation Vita) and a light bar (similar to the PlayStation Move). The analogue sticks and shoulder buttons have also been redesigned based on feedback from the gaming community. 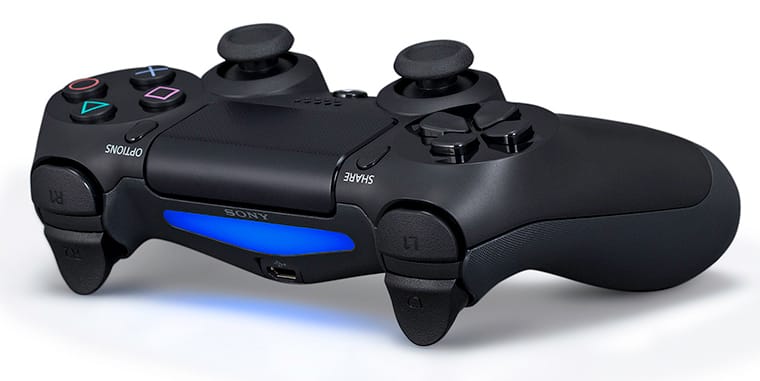 Finally, Sony announced that every PS4 will come with a new dual camera and microphone (PS4 Eye), which will interact with the Dual Shock 4 and existing Move controllers. This has a much higher resolution (x2 1280x800 @ 60fps) than the existing PS3 Eye and due to the dual camera capabilities can now track 3D space. By bundling the PS4 Eye with every console it will encourage developers to take advantage of the capabilities, hopefully resulting in more high quality “Move style” games.

Regarding the software and eco-system. Like with the hardware Sony expressed frustration with the PS3 and how it was “designed in an un-connected world”. They have looked to remedy this with the PS4 by putting connectivity and, more specifically, social at the heart of everything. The best example of this is the new “Share” button on the Dual Shock 4 (pictured above) which allows you to share video (recorded or streaming) and images of any game instantly with your friends. It also enables your friends to comment on the gameplay and even take control of the game to help overcome a particular obstacle. This is all achieved with dedicated hardware built into the PS4 and therefore should have no impact on gaming experience.

The connectivity and social aspects also expand across the new user interface, with feeds of information updating in real time allowing you to keep in touch with the community. In the demonstrations this reminded me a little of how Windows 8 “Metro” works, with its live tiles. Below are a few high resolution screenshots of the new PS4 user interface. 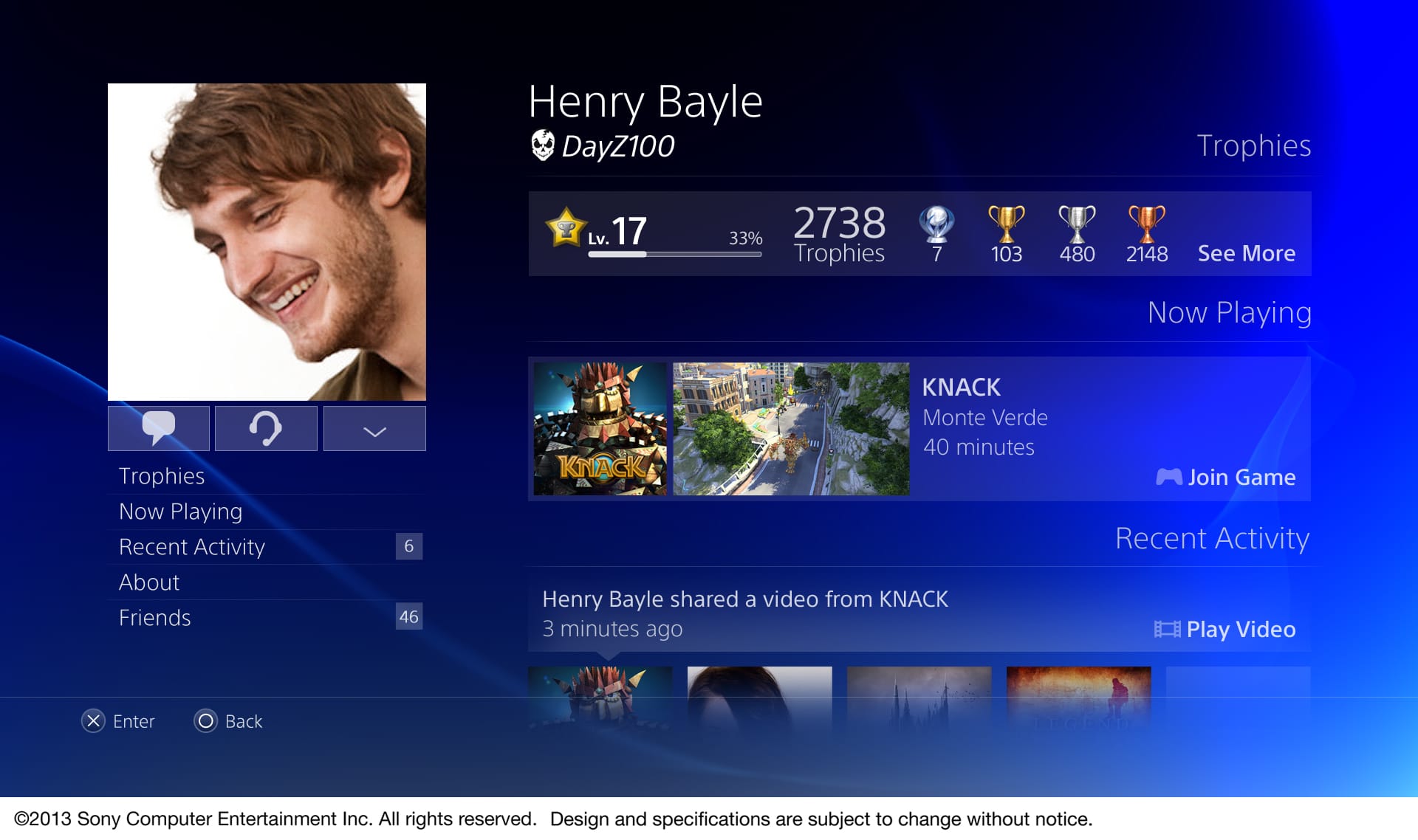 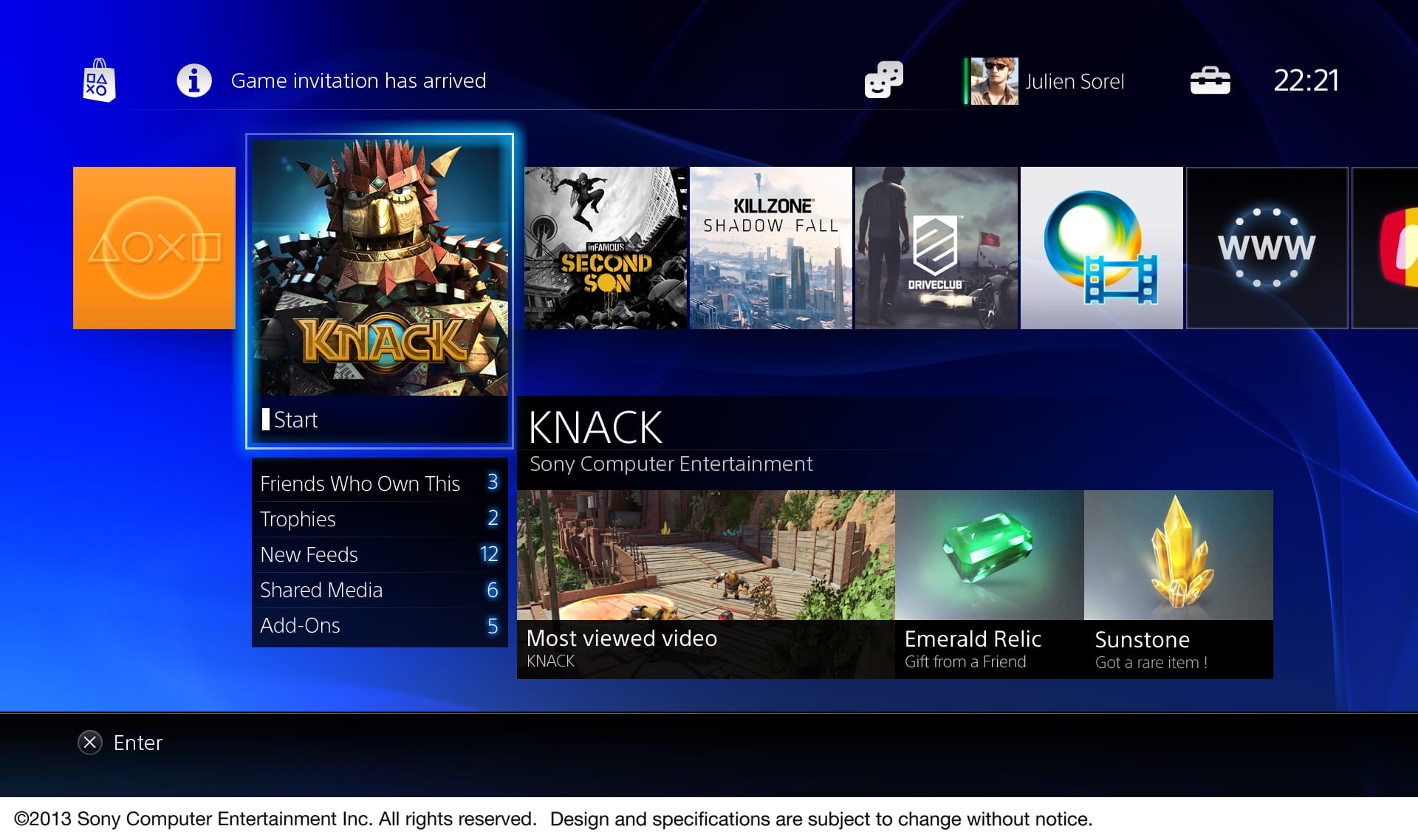 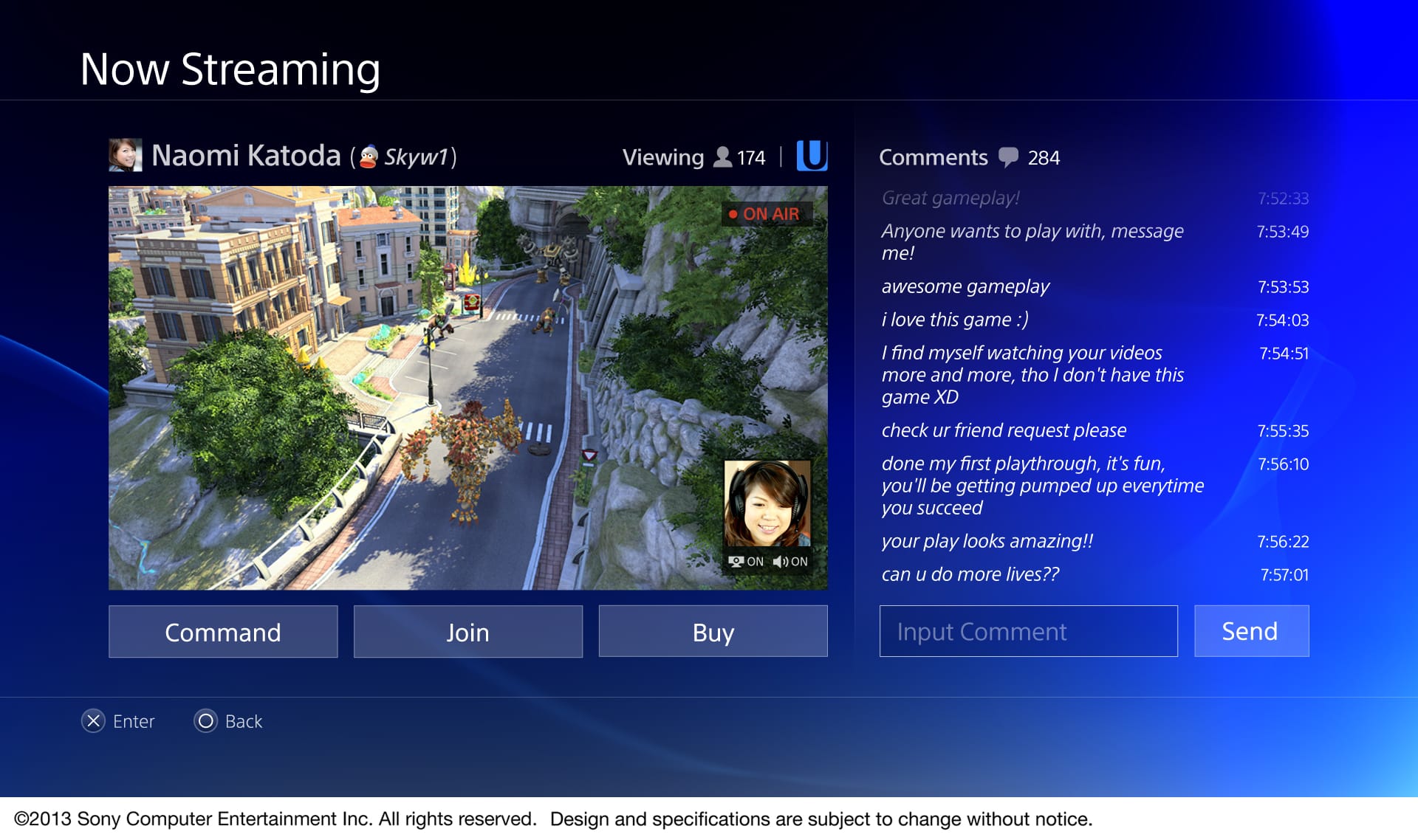 Finally, Sony spent time sharing their vision for Gaikai, which is the streaming gaming service (like OnLive) which they acquired last year. This was probably the most unclear section of the presentation, where Sony did not commit on what features would be available at launch. However they did talk about streaming any game to any platform (e.g. tablets, etc), including streaming from your PS4 to the PlayStation Vita (Remote Play) similar to the recently announced Project Shield from NVIDIA.

Sony also stated that games being downloaded could be played instantly (before the download finishes) as well as the ability to stream the entire PS1, PS2 and PS3 catalogue to the PS4, as the console itself will not be backwards compatible (as previously suspected). All of these features sound amazing and could be a great unique selling point for the PS4 (unless Microsoft buy OnLive), however I will reserve judgement until we hear more about what will actually be available.

To conclude, I think Sony have done a great job. The PS4 feels like a rebirth for Sony, where they have gone back to basics and really evaluated some of their past decisions. They also appear to be humbled, no longer the unstoppable gaming giant that they once were and as a result have enlisted the help of the developer community to ensure they get things right. If they can now build on this momentum with strong media (music / video) capabilities, advertising campaign and a competitive launch price then I believe Sony have the potential to dominate this generation!